The company has published a new report that describes the threats faced by the electric sector in North America.

“As adversaries and their sponsors invest more effort and money into obtaining effects-focused capabilities, the risk of a disruptive or destructive attack on the electric sector significantly increases,” the firm said in its report, titled North American Electric Cyber Threat Perspective.

Dragos currently tracks a total of 11 threat groups that have been known to target industrial control systems (ICS), and seven of them have attacked electric utilities in North America. It tracks these groups as PARISITE, XENOTIME, MAGNALLIUM, DYMALLOY, RASPITE, ALLANITE and COVELLITE. 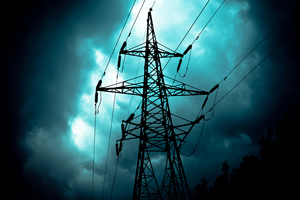 The company last year reported that XENOTIME, the threat actor behind the 2017 Triton/Trisis malware attack on a Saudi Arabian petrochemical plant, had started targeting electric utilities in the United States and the APAC region.

In its new report, Dragos has revealed that MAGNALLIUM also started targeting electric utilities in the U.S., in the fall of 2019. MAGNALLIUM, which other companies track as APT33 and Elfin, has been active since at least 2013. The hackers, which some experts have linked to Iran, initially targeted companies in Saudi Arabia, but later expanded their operations to Europe and North America.

Dragos’ new report also reveals the existence of PARISITE, a MAGNALLIUM-linked activity group that has targeted utility, aerospace, and oil and gas companies in North America, Europe and the Middle East. PARISITE uses open source tools to compromise the target’s infrastructure and relies on VPN vulnerabilities to gain initial access. Dragos researchers have determined that the group has been around since at least 2017 and its role appears to be to gain initial access to an organization’s systems in preparation for activities conducted by MAGNALLIUM.

Dragos told SecurityWeek that groups like PARISITE and MAGNALLIUM — while they might be linked — operate as separate teams, each with its own tasks.

“We have observed ICS-focused adversaries with multiple specialized cooperating teams in a single environment,” the company explained.

Another threat group whose existence was revealed in Dragos’ report is WASSONITE, which appears to be linked to COVELLITE. COVELLITE’s malware and infrastructure are similar to the one of the North Korea-linked Lazarus Group.

According to Dragos, COVELLITE did attack companies in the North American electric sector, but the group no longer appears to target this industry, and it lacks the capability to hack industrial systems.

Dragos says the COVELLITE-linked WASSONITE, which has been around since at least 2018, has targeted electric generation, nuclear energy, manufacturing, and research entities in India, and likely South Korea and Japan. The hackers have used the RAT known as DTrack, various tools designed to capture credentials, and system tools.

Dragos has pointed out that only two of the activity groups it tracks — XENOTIME and ELECTRUM — have the capabilities and tools needed to attack ICS and cause significant disruptions. ELECTRUM is the group behind the 2016 CRASHOVERRIDE attack targeting Ukraine’s power grid.

“Although North America has not experienced a disruptive cyberattack to electric system operations and reliability, ICS-targeting adversaries previously demonstrated the capability to disrupt electricity in Europe. With additional resources and retooling, such disruptive methods could potentially be applicable to the North American electric system,” Dragos said in its report.

“At this time, Dragos has observed adversary activity targeting utility enterprise networks which may enable initial intrusion and reconnaissance at those entity sites. The data gathered and access achieved could facilitate preliminary steps for a potentially disruptive event within the OT environment. Dragos has also observed adversary reconnaissance inside ICS networks,” it added.