The Singapore Democratic Party (SDP) has filed an appeal against Manpower Minister Josephine Teo over correction directions issued against the opposition party under the country’s Protection from Online Falsehoods and Manipulation Act (POFMA). This marks the first time the new legislation will be challenged in the High Court since it came into effect last October.

The appeal came after Tel rejected the SDP’s application to retract correction directions issued against three of its online posts, stating the political party did “not provide sufficient grounds for the cancellation” of the directive. The minister, however, did not offer reasons to support her claim or rejection, said the SDP in a statement Wednesday.

The case was scheduled to be heard in court January 16. 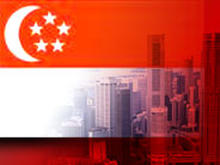 In its statement, the SDP said the Manpower Ministry had cited different datasets and implied the political party published statements it had not made to support its correction directions. It added that, in this instance, POFMA was used to prevent important national issues from being “openly and robustly debated” on the internet in Singapore.

“We are, therefore, left with no choice but to pursue the matter in the High Court,” it said. “In a political debate, the application of facts and logical reason to persuade the public must not be sacrificed for the whims and opinions of ministers.”

The SDP had complied with the correction orders after they were issued in December over statements the opposition made in two Facebook posts and its website. The orders required the full correction notice to be posted at the top of both Facebook posts as well as the website page.

In its correction direction to the SDP, the POFMA Office said the posts in question had depicted plunging local PMET employment in Singapore. This was wrong, the government office said, noting that the Manpower Ministry’s survey had indicated rising employment in the segment since 2015. It also disputed the SDP’s observation that retrenchments amongst local PMETs had increased.

POFMA was passed after a quick public debate and amidst strong criticism it gave the government far-reaching powers over online communication and would be used to stifle free speech as well as quell political opponents. Soon after it came into effect in October, within a month, the legislation was used to issue five correction directions — four of which targeted politicians or political platforms that opposed the government. The fifth was issued to Facebook after the author of the alleged falsehood refused to comply with the original correction direction.

The Act states that ministers must issue a notice of their decision on an application to “vary or cancel” a directive within two working days. The courts would then have six working days to schedule a hearing date if an appeal against a minister’s decision has been filed. This means an appeal of a minister’s decision could be heard at the High Court within nine days of its filing.

It will cost SG$200 to submit an appeal and the applicant will bear no charges for the first three days of a court hearing.

POFMA outlines three kinds of offences: spreading falsehoods that will, or are likely, to harm public interest despite knowing they are false; making a bot with the intent of using it to spread falsehoods; and providing services to facilitate the distribution of falsehoods in return for rewards.

Offenders will face up to three or five years’ imprisonment, a SG$30,000 or SG$50,000 fine, or both. If bots or inauthentic accounts are used to amplify falsehoods, the potential penalties that can be applied are doubled. Offending internet intermediaries, meanwhile, can face up to SG$1 million fine, and will also receive a daily SG$100,000 fine for each day they continue to breach the Act after conviction.