Biometric ID a worry but still acceptable to Australians: AIC 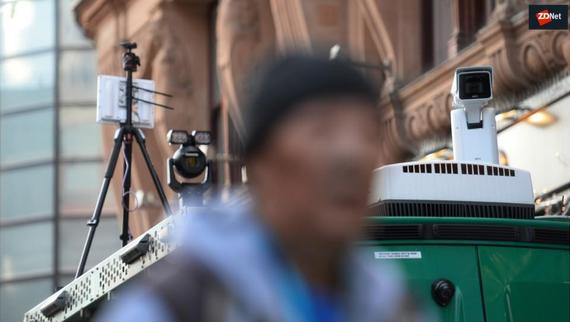 The vast majority of Australians are concerned about the use of biometric technologies to confirm their identity, according to newly-published research by the Australian Institute of Criminology (AIC).

Some 83% of those surveyed were either “extremely concerned”, 48.8%, or “somewhat concerned”,34.2%, about the protection of their privacy when biometrics were use.

As for the risk of police taking action against them by mistake through biometric matching, 40.5% were extremely concerned and 35.6% were somewhat concerned, for a total of 76.1%.

On a practical level, more than half of respondents, 50.7% were extremely concerned about what to do if their biometric data was compromised, with another third or more, 35.7% somewhat concerned, for a total of 86.4%.

Of the 13 listed potential risks, there was only one where fewer than half of the respondents expressed any concern: the risk of physical injury through using biometrics.

In most cases, recent victims of identity crime and misuse were more concerned about these issues than non-victims.

The AIC report, Identity crime and misuse in Australia: Results of the 2018 online survey, was produced as part of the government’s National Identity Security Strategy.

It was based on a sample of 9,911 respondents across urban and regional Australia, who were surveyed between late December 2018 and early January 2019.

Concerned about biometrics, but willing to use them anyway

These high levels of concern sit in contrast with the apparent willingness of Australians to actually use biometric technologies in their everyday lives and in more public scenarios.

This compares with 94.7% who were willing to continue using passwords and 81.6% who’d use written signatures.

Some 22.3% would be willing to use a computer chip implanted under their skin. In fact, nearly 10% of respondents reported having used this measure already.

Respondents said it was acceptable (either “highly acceptable” or “acceptable”) to use facial recognition technologies for government purposes such as identifying terrorist suspects (89%), identifying criminal suspects (88%), airport security processing (85.7%), identifying persons of interest in public places (81%), and applying for and using identity documents such as a passport or driver licence (84%).

The least acceptable purposes for using facial recognition technologies were for matching images on social media (58%), applying for a mobile phone (58%), and unlocking or starting a car (62%).

The eventual aim is for a secure, automated, and accountable exchange of identity information between the Commonwealth and state and territory governments.

The project has also stalled following an inquiry by the Parliamentary Joint Committee on Intelligence and Security (PJCIS), which said the proposed enabling legislation had inadequate privacy safeguards.

PJCIS has ordered that the Identity Matching Services Bill 2019 be completely redrafted.

A potential ban could last for five years to allow lawmakers to catch up.

While nearly 40% of Chinese people said they prefer not to use facial recognition in their daily lives.

Facial recognition could be most invasive policing technology ever, warns watchdog

UK’s Information Commissioner’s Office challenges the interpretation of a court ruling that gave the green light for using facial recognition on the public.

You can sign into Windows 10 via your face, as long as your computer has a supported camera.