The future of Facebook
Robert Scoble, chief strategy officer for Infinite Retina, sits down with Tonya Hall to talk about the different types of ads within Facebook and what the future holds. 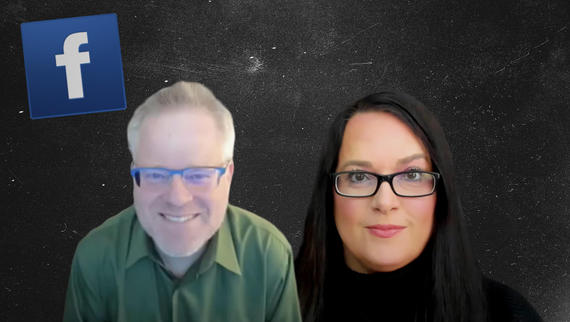 Facebook has agreed to pay $550 million to settle claims in Illinois that the company violated local laws on facial recognition technologies.

The results of the lawsuit were made public on Wednesday and have been described as the “largest cash settlement ever resolving a privacy-related lawsuit.”

BIPA attempts to safeguard users from their biometric information being used or sold without their consent. The law requires vendors to develop a written policy indicating how data is collected, the purpose of such collection, and to indicate when the information will be destroyed — either after its purpose is fulfilled or within three years of a user’s last interaction with an organization. BIPA also demands the written consent of individuals for their biometric markers to be collected and stored.

The lawsuit alleged that the way Facebook collected biometric face prints for use in tagging suggestions violated these stipulations, as biometric identifiers were scraped, stored, and used without a release or destruction schedule.

Facebook is not the only company that has been scrutinized for its biometric practices under this law. Delaware-based Vimeo, too, has been accused of collecting and storing biometric marks obtained from users without clear, written consent.

Only last week, Clearview AI became central to a new class-action lawsuit that alleges the startup is selling access to biometric face prints to law enforcement without consent. Over three billion images are reportedly held by Clearview AI, scraped from websites including Facebook and YouTube.

Facebook’s case was first brought forward by Edelson, and after Robbins Geller and Labaton Sucharow launched similar lawsuits, the complaint was consolidated and moved to the United States District Court in San Francisco. The court case was also heard in the Ninth Circuit Court of Appeals and the United States Supreme Court.

The social networking giant argued that Illinois law shouldn’t apply as data was stored outside of the state. Mediation sessions failed time after time, but as it was clear the case was not going away, the parties eventually reached an agreement.

The $550 million settlement will be used for an all-cash fund to compensate users. However, the District Court presiding over the case must first approve the agreement and figure before the fund can be officially launched.

“This case should serve as a clarion call to companies that consumers care deeply about their privacy rights and, if pushed, will fight for those rights all the way to the Supreme Court and back until they are justly compensated,” commented Paul Geller, the head of the consumer protection arm of Robbins Geller.

Facebook has always denied any wrongdoing. A spokesperson told sister site CNET that Facebook elected to settle the dispute as “it was in the best interest of our community and our shareholders to move past this matter.”