4 technologies that can help boost healthcare now
Implementing leading-edge systems and services in the NHS is a complicated task but NHS CIOs must use the power of cloud, AI, IoT and big data to boost patient care and operational effectiveness. 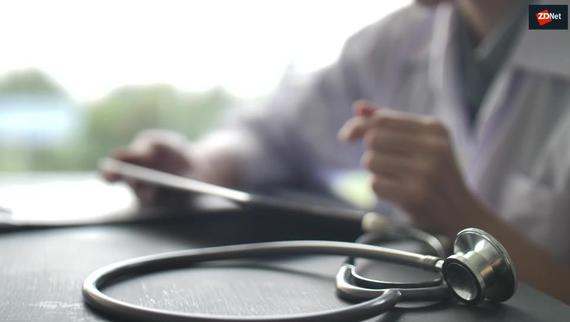 Around half a million computers used by the NHS are still running the outdated Microsoft Windows 7 operating system, missing the government’s own target of upgrading all PCs and laptops by January this year. And the real figure could be even higher.

Windows 7 went out of support in January, which means that Microsoft no longer automatically fixes newly discovered bugs or security flaws.

In April 2018, with that deadline looming, the UK’s Department of Health and Social Care signed a deal with Microsoft to allow NHS organisations to upgrade to Windows 10 for free. But to do so they had to agree to upgrade PCs from Windows 7 to Windows 10 by no later than 14 January, 2020, warning: “The Windows 7 operating system will be unsupported after that date.”

But, according to government figures, at least a third of the UK health service’s PCs are still running Windows 7.

According to government figures, of the 1.37 million PCs and laptops used in the NHS, at least 463,784 are still running Windows 7, for which the NHS is now being offered extended support by Microsoft. Another 587,531 are known to be running Windows 10, and a few thousand are running on Windows 8.

But a further 318,000 machines are running some version of Windows, but without Microsoft’s active threat protection extended support. If those PCs are running versions of Windows that are no longer supported, they could be vulnerable to any new software flaws or bugs discovered.

NHS Digital said in a statement: “There is support from Microsoft for devices using Windows 7, in all NHS organisations, until 14 January 2021. Migration to Windows 10 is a process which will differ depending on the specific needs of the organisation.

“We are working closely with the NHS to offer support to migrate to Windows 10 and are on target to complete this before the extended support period ends,” it said.

The NHS has been making gradual progress at moving away from Windows 7. At the end of June last year, the government said just over one million NHS computers were still using Windows 7 out of a total of 1.37 million. At the time the government said deployment of Windows 10 was “going well” and in line with its target of ensuring the NHS was operating on supported software when Windows 7 reached its end of life.

SEE: Here’s how you can still get a free Windows 10 upgrade

Windows 7 was initially released in July 2009 and has been an extremely widely used version of Windows but has now been overtaken by a more advanced and more secure version of the operating system.

Government cybersecurity agency the NCSC has warned people with PCs running on Windows 7 to upgrade them, so that they still get security updates, to move sensitive data to a supported device, and not to use them for tasks like accessing bank and other sensitive accounts.