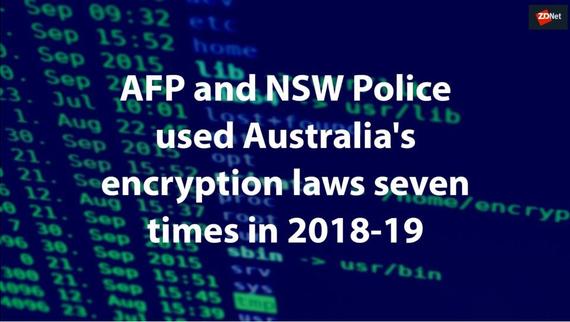 The Labor Party has attempted to distance itself from its role in the mess surrounding the passing of Australia’s encryption laws in December 2018.

A Senate debate on Monday showed that while Labor may talk the talk when it comes to balancing the needs of cops and spooks against our privacy and freedoms, it’s still likely to cave in when faced with any pressure.

Monday’s debate was over the Telecommunications Amendment (Repairing Assistance and Access) Bill 2019, which was introduced by Labor’s spokesperson for home affairs, Senator Kristina Kenneally.

It’s intended to fix some of the problems with the controversial Telecommunications and Other Legislation Amendment (Assistance and Access) Act 2018.

In its draft form, these encryption laws were often called the AA Bill, but it’s now usually referred to as the TOLA Act.

Labor’s Bill envisions inserting judges into the approval process and attempts to clarify what law enforcement and intelligence agencies could and could not demand from communications providers, among other things.

Labor had drafted appropriate amendments, like those in Kenneally’s new Bill, and spent hours of Senate debate railing against the laws as written. But they voted for them anyway.

This was done “in the interest of national security”, Kenneally reminded us on Monday.

In reality, a last-minute political deal was done.

To use a phrase popular in another country recently, it was a quid pro quo.

However, Labor’s subsequent attempt to amend the encryption laws was stranded before the election in May 2019.

“Labor upheld our side of the deal,” Kenneally said in a lengthy complaint.

“This has left Australia with flawed legislation that must be resolved by this parliament.”

But as Liberal Senator Eric Abetz quite rightly pointed out, Labor did actually vote for the legislation.

“Today we have a tawdry attempt by Senator Keneally to amend the legislation when there are two separate inquiries underway to consider the functioning of this legislation.”

Abetz noted that Kenneally is a member of that committee and was involved in approving the timelines for these inquiries. This included the extension of the PJCIS inquiry deadline to September 30 “to consider it more and in further detail”.

“Now she’s in here with this tawdry attempt to circumvent the committee inquiry,” Abetz said.

“There is, to use polite language, a considerable degree of inconsistency in the approach shown by the honourable senator in this matter.”

Grubby, grubby politics from both sides of the floor.

“The government should not have proceeded with the legislation as it did, knowing full well the recommendations of the [PJCIS], but neither should Labor have rolled over and allowed the government to tickle their collective tummy on this issue,” McKim said.

“Labor talked tough on the legislation that this bill seeks to amend… But then, as we have seen before, when push came to shove, Labor capitulated and voted the bill through.”

For your writer though, some of the most telling comments came from Labor Senator Jenny McAllister.

McAllister noted correctly that in late 2018, the government had “forcefully prosecuted” the need for urgency “in the media, not in the committee”.

“National security agencies subsequently gave public evidence to the committee that they needed the powers contained in the 2018 Bill in order to respond to the heightened risk of terror over the Christmas period,” she said.

“In response to that evidence, the committee did the only thing that I think was available to it at that time: it finished its inquiry early.”

Labor voted for the legislation, McAllister said, “because of the advice from our national security agencies that these powers were needed”.

“We take seriously the task of making sure legislation is appropriate, and that is why we’re going through this process today.”

But if Labor does take that task seriously, why then vote to give agencies these new powers without the clarity and oversight you already said was essential?

There may well have been a heightened security threat over Christmas 2018. But in a true modern liberal democracy you don’t give the cops and spooks new powers just because they asked for them.

To be clear, the TOLA Act is deeply flawed and Labor’s Bill does address at least some of the more serious concerns. Good.

These proposed changes are based on PJCIS recommendations dating back more than a year. There’s no need to delay them further.

But when it comes to the debate over Australia’s encryption laws, or any other security laws, the brain worm infections seem particularly strong.