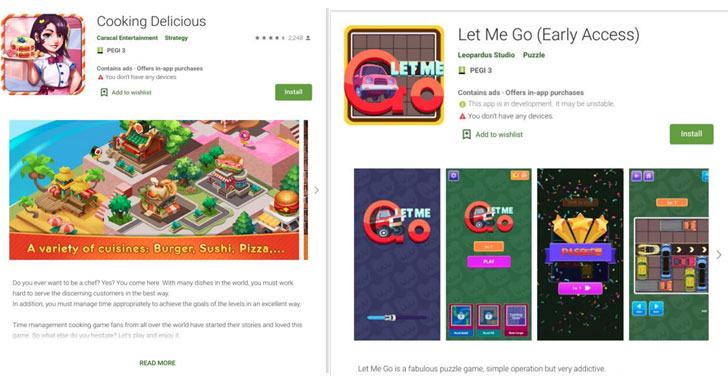 More than 50 Android apps on the Google Play Store—most of which were designed for kids and had racked up almost 1 million downloads between them—have been caught using a new trick to secretly click on ads without the knowledge of smartphone users.

Dubbed “Tekya,” the malware in the apps imitated users’ actions to click ads from advertising networks such as Google’s AdMob, AppLovin’, Facebook, and Unity, cybersecurity firm Check Point Research noted in a report shared with The Hacker News.

“Twenty four of the infected apps were aimed at children (ranging from puzzles to racing games), with the rest being utility apps (such as cooking apps, calculators, downloaders, translators, and so on),” the researchers said.

While the offending apps have been removed from Google Play, the find by Check Point Research is the latest in an avalanche of ad fraud schemes that have plagued the app storefront in recent years, with malware posing as optimizer and utility apps to perform phony clicks on ads.

Once an unwitting user installed one of the malicious apps, the Tekya malware registers a receiver, an Android component that’s invoked when a certain system or application event occurs — such as a device restart or when the user is actively using the phone. 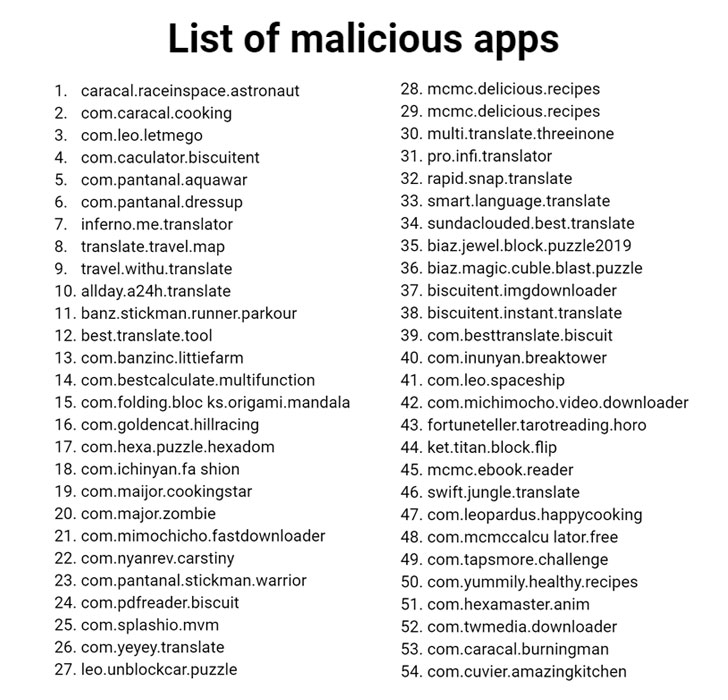 The receiver, when it detects these events, then proceeded to load a native library named “libtekya.so” that includes a sub-function called “sub_AB2C,” which creates and dispatches touch events, thereby mimicking a click via the MotionEvent API.

Mobile security vendor Upstream’s analysis of 2019 data revealed that the favorite apps for hiding ad-fraud malware are those that purport to improve productivity or improve device functionality. Nearly 23 percent of the malicious Android ads that Upstream encountered last year fell into this category. Other apps that attackers frequently used to hide malware included gaming apps, entertainment, and shopping apps.

Google, for its part, has been actively trying to stop rogue Android apps from infiltrating the Google Play Store. It has leveraged Google Play Protect as a means to screen potentially harmful applications and also forged an “App Defense Alliance” in partnership with cybersecurity firms ESET, Lookout, and Zimperium to reduce the risk of app-based malware.

To safeguard yourself from such threats, it’s recommended that you stick to the Play Store for downloading apps and avoid sideloading from other sources. More importantly, scrutinize the reviews, developer details, and the list of requested permissions before installing any app.