A few weeks ago, Zoom was riding high. Zoom had become a verb. You didn’t video-conference, you Zoomed. Then came the constant drumbeat of one Zoom security problem after another, including the infamous Zoombombing. Zoom fought back with security fixes. But it may be too little too late. Today, BuzzFeed News reported Google has banned Zoom from its staffers’ devices.

Google told its employees last week that it would block Zoom from working on their Google-provided computers and smartphones.

Google presented this move to The Verge as business as usual. Google spokesperson Jose Castaneda said:

We have long had a policy of not allowing employees to use unapproved apps for work that are outside of our corporate network. Recently, our security team informed employees using Zoom Desktop Client that it will no longer run on corporate computers as it does not meet our security standards for apps used by our employees. Employees who have been using Zoom to stay in touch with family and friends can continue to do so through a web browser or via mobile. 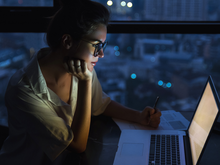 Working from home: The future of business is remote

From Fortune 500 enterprises to very small businesses, most every organization has been thrust into the future of work faster than prognosticators dared dream. What factors will determine failure or success in this brave new world of work?

This move comes after Taiwan tolds government employees not to use Zoom. Earlier, New York schools told its teachers to “gradually transition” from Zoom to another video-conferencing service. Other groups are also distancing from Zoom.

Adding insult to injury, Zoom is being sued for its security problems. Microsoft, seizing on Zoom’s security woes is pushing its Teams program as the better alternative for both businesses and individuals.

Zoom is fighting back. It’s seeking to improve its security. The company has also just announced that former Facebook CSO Alex Stamos is joining Zoom as outside security consultant.

Can Zoom reclaim the trust it lost from its customers? Earlier this month, Zoom CEO Eric Yuan told the Wall Street Journal in an interview, “I really messed up as CEO, and we need to win their trust back. This kind of thing shouldn’t have happened.”

Recent events show Zoom is still working on that.