The United States Securities and Exchange Commission (SEC) last week announced that it reached a settlement with two of the traders charged last year over their roles in a scheme that involved hacking the organization’s EDGAR electronic filing system.

The SEC revealed in September 2017 that a breach of its EDGAR system detected in 2016 had allowed hackers to obtain non-public information that was used by some traders to make a profit.

In January 2019, the SEC announced charges against nine defendants, including a Ukrainian hacker, two organizations, and six traders in the US, Ukraine and Russia. The agency noted at the time that some of them had also been involved in an operation that targeted newswire services and which generated over $100 million in illegal profits. 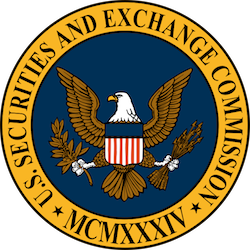 Between May and October 2016, traders used at least 157 earnings releases obtained from the EDGAR system to make a profit of more than $4.1 million.

The SEC said last week that it settled with two of the traders charged in January 2019, namely David Kwon from California and Igor Sabodakha from Ukraine.

“As alleged in our complaint, the defendants engaged in an international scheme to obtain and use hacked information to enrich themselves,” said Joseph G. Sansone, head of the SEC’s Market Abuse Unit. “Today’s result reflects the SEC’s ability to investigate complex schemes conducted both here and abroad and to hold their perpetrators accountable.”

Related: Hack of U.S. Regulator a Blow to Confidence in Financial System