Siemens informed customers on Tuesday that some of its low and high voltage power meters are affected by the Wind River VxWorks vulnerabilities dubbed Urgent/11.

According to Siemens, its Power Meter 9410 and 9810 series products are affected by ten of the eleven Urgent/11 flaws. The German industrial giant says 9410 series devices are only affected if they run a firmware version prior to 2.1.1, which patches the vulnerabilities. In the case of 9810 devices, a patch has yet to be released and Siemens recommends some workarounds and mitigations until a firmware update becomes available. 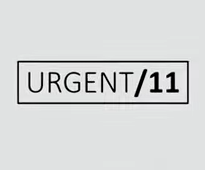 “The [vulnerabilities] could allow an attacker to execute a variety of exploits for the purpose of Denial-of-Service (DoS), data extraction, RCE, etc. targeting both availability and confidentiality of the devices and data,” Siemens said in its advisory.

Siemens is just one of the many industrial and automation solutions providers whose products are affected by the Urgent/11 vulnerabilities. The company previously published advisories to warn customers that the flaws impact its RUGGEDCOM WIN products and SIPROTEC 5 Ethernet plug-in communication modules and devices.

Schneider Electric also updated its initial advisory on the Urgent/11 flaws on Tuesday to inform customers about more patches for affected products. The company has been gradually releasing patches since the disclosure of the vulnerabilities in July 2019.

Urgent/11 is the name given to a series of vulnerabilities found by researchers at IoT security firm Armis in the Wind River VxWorks real time operating system (RTOS). VxWorks is used by a wide range of companies in their products, including in the aerospace, motor, industrial and medical industries. Armis estimated that hundreds of millions of devices were affected by the vulnerabilities at the time of disclosure.

Exploitation of some Urgent/11 flaws can allow a remote attacker to take complete control of an affected device without any user interaction.