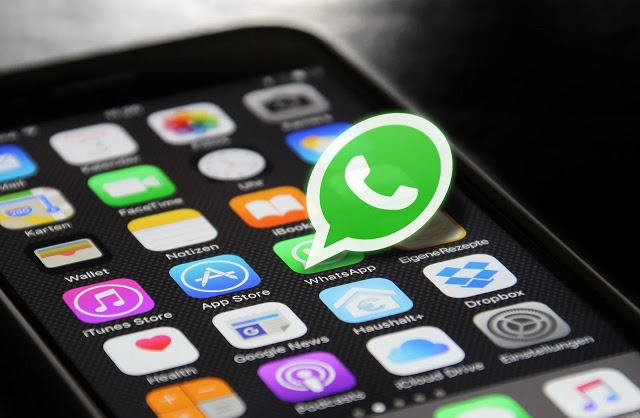 WhatsApp Messenger, a cross-platform messaging app owned by Facebook is the most popular messaging application in the world and recently it’s usage increased by 40% amid lock-down. But with it’s rising popularity, the users are facing security threats as a new scam has emerged on the Facebook-owned messenger that tries to steal the user’s verification code.

The scammers pose as WhatsApp’s official account and ask the user to verify his/her identity by providing the six-digit verification code to the account.

This verification code is sent to the user via SMS in order to register their device.

WABetaInfo, a blog that tracks WhatsApp features shared the scam in a tweet. Dario Navarro, a Twitter user asked WABetaInfo that he got such a message and if he should reply, in response the feature tracker responded with “WhatsApp never asks your data or verification codes,”. 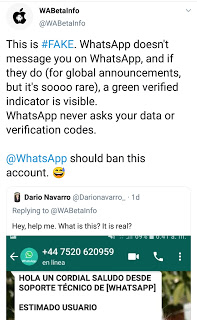 According to the message sent to Navarro, the spammer sends the message posing as WhatsApp (with WhatsApp’s logo as a profile picture) and in a message written in Spanish ask him to verify his identity and account number by providing the six-digit verification code which the spammer could use to hack the account.

WhatsApp will never ask for your personal details or verification code

Any information by the company is either published on their blog or tweeted on their official account. And even if WhatsApp does message you ( a rare phenomenon) it would be from an account with a green tick next to it. 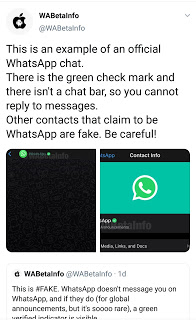