What I Learned From 3.5 Years as a Product Leader at a VC Backed SaaS Startup 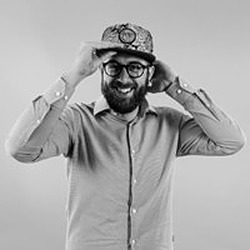 I first heard of Elium, formerly known as Knowledge Plaza, in 2011. I was attending a very small startup event where Gregory Culpin presented the company and its market vision.
Even though Elium already had some traction and gained many flagship customers, they were still doing on-demand development for other companies to cover their costs. It appeared that Talentsquare was their “last distraction”. In 2013, they convinced Pieterjan Kempynck and his associates that it was time to build their own team. That’s where I officially met them and had the chance to start working with some of Elium team members. Over time, Talentsquare and Elium development teams worked very close together. When Talentsquare went bankrupt, Elium hired the development team. I decided to continue and lead the company sellout process. I built a new operating company with two passionate people with a sound vision of the HR industry future, Thibault Halbrecq and Arthur Roose. After rebuilding Talentsquare for a year it was time for me to move on and let them take the lead.
Soon after I announced my resignation, Elium’s CEO called me and suggested that I join them. As I maintained good relationships with my former colleagues, I knew Elium was a very promising product and that the team was full of very talented people. I joined this highly motivated group of fifteen people in September 2015.

My first challenge was to create the product management function within the organization and take over a major app redesign. This was an important step as the company also wanted to raise its Series A.

After a year and a half of hard work, the effort paid off. We managed to officially launch the new version of the app, now under the name Elium, and we raise a 4m€ Series A. Right after the funding round, things accelerated quickly. In less than a year, we doubled the company size, moved to wonderful offices. The product and engineering teams grew fast too.

This provided the opportunity to build and lead a very talented product team and create the product marketing function. Together we completely reshaped the way we were working, we introduced a dual-track agile framework inspired from Marty Cagan’s book, Inspired: How to Create Tech Products Customers Love, ran more and more market customer research studies, worked very hard on internal and external product communication, and implemented many new processes.

The thing I’m probably the proudest of is the product session we initiated during our user clubs, private customer events organized every six months. These events usually include presenting two customer cases and a product workshop. My team and I really loved this because we were picking one of the biggest customer issues in our backlog and then trying to solve it with our customers. Of course, this required some upfront preparation  to make sure we could end with something concrete and tangible. Our customers loved this too because they could put themselves in our shoes for a couple of hours, which helped them understand the complexity of our work. It also helped us completely change the relationship we had with certain very picky customers. We were also proud to present their contributions at the next user club.

In March 2019, after many discussions and researches, Elium had to make the decision to lay off around 25% of its workforce. Despite all the positive energy and the company’s great product, we were not reaching our target. I’d been then asked to take over the marketing department on top of my previous responsibilities (product marketing and product management). To be honest, the 12 months that followed were very tough. I spent most of my time juggling between market researches and operational work to find the right path for the company. In March 2020, after 3.5 years of ups and downs, it was time for me to move on for a new venture.

I leave Elium in very good hands as Julien De Coster, my very first Product
Manager (PM) hire took over the role. Together with Jean-François de Crom, who joined the venture in January 2019, and the rest of the team, I’m certain they’ll find their way.

Despite furious competition coming from Microsoft and a myriad of emerging new players, Elium is a great product with passionate people and customers. The product’s core feature (its story) remains unchallenged.

1. It’s not easy to shift from solo product manager to the Head of Product.

When you’re the only product manager in the room, you know everything about your product and doesn’t necessarily feel the need to document anything (Who would read it anyway?) You don’t have much need to think about processes since your team is probably still small and you have direct and frequent interactions. The same goes for the interactions with other teams. But when your company size doubles in a year and you can’t hold the product alone, that’s another story!

Things were going so fast that I hired two PMs at the same time. Suddenly, I had to document the processes, think about how to organize the work, split it among my team members, supervise our designer’s workload, split our development team in two…. Let’s be honest, that was probably not the smartest idea.

This shift really made me think a lot about who I am and who I wanted to be as a manager. It also helped me reflect a lot on my PM practices. When you lead a team of PMs you don’t approach the job the same way and you realize even more how important it is to communicate inside and outside your team. You also learn to focus on how your team is approaching a problem’s resolution rather than focusing on the solution itself. It’s important to set standards on how you approach market researches, discoveries, interviews, documentation, product and development teams relationship, communications, etc. rather than the final result. Because if you only focus on the end result, you end up staying focused on operations and doing command and control.

2. You can never communicate enough.

When your team and your company are growing quickly, you can’t rely on verbal communication anymore. Worst, all of a sudden you may realize that you don’t know everyone anymore. I’ve also realized that any information you give a colleague at the wrong time for them, will inevitably be forgotten or lost. Even if your communications are well organized in a channel, folder or space that is accessible to everyone, the chance that someone outside of your team will look for this information is close to zero. Therefore, it’s important to continuously communicate and repeat the important information again and again (and again). It’s also good to communicate using different methods to make sure the information has been well received and absorbed.

3. You’re as strong as your weakest link.

Product management is 80% about stakeholder management. You need to keep everyone in sync and focused on the same topics to have an impact. This can be tough when you grow fast because you’ll have so many new people that you can’t train them all and teach them everything about the product. That can be quite dangerous because it increases the chances to make false promises to increase the registration volume and close more deals. If you want to scale properly, you need to be very sharp on what you decide to develop, and you need to maintain strong relationships with every department to stay on track.

In the framework of a project I lead at Elium, I had the pleasure to meet and interview a dozen founders of fast scaling companies. The not-so-surprising fun fact is that even though everyone almost always believes that their story is unique, pretty much all companies are going through the same phases. One of them is firing people.

Every phase of a company requires different profiles. At the very beginning, you’re looking for people who can tackle any challenge. You’ll look for swiss-knives. Yet, the more you grow, the more you’ll look for specialists. Every role will be split and the scope of work for each individual will be narrowed down. From a macro perspective it’s great because you have more resources. So, you hope to have a greater impact. Yet, from a micro perspective, this can become, and be perceived as, a real challenge. You’ll only want to keep some generalist in your management team and won’t necessarily find a suitable place for all the remaining ones. This may end up generating frustrations and conflicts. Also, some people’s learning curves may not follow the same curve than your growth requires. It’s not easy to learn how to become a manager or how to become an expert in a field without external support. Therefore, it’s sometimes good to let some of your team members go. Over time, I’ve learned that, even though it’s sad to lose a colleague, it’s necessary. Firing a team member may actually be good for both the person and your team. It will force the team members to reflect on their career and chose their next venture.

5. The market is always right.

Assumption. That’s probably one of the words my team said the most. We make assumptions almost every day. Most of them are anecdotical and make our life easier, it helps us go faster and that’s okay. But the path of least resistance can also be the path of least growth. You don’t take much risk when assuming that if you see colleagues talking in a room where the door is closed, they want some privacy and don’t want to be disturbed. You take much more risk assuming your customer wants something without asking them. Whether you are scaling or are in crisis, the behavior is always the same. Some stakeholders willing to speed things up will push you to go for their solutions arguing they know your customer problems and that all your customers feel/act “the same way”. As a product lead, I’ve sometimes learned the hard way that there’s no shortcut to success, and not a single stakeholder owns the truth. It’s the sum of the collective intelligence that makes a great product that customers love. Of course, it doesn’t mean that you need to know everything before you act, but it means you should always go back to the root of the problem to find the best solution. In the end, it’s not really what your internal stakeholders think that matters, it’s your product usage, your customer satisfaction and your revenues.

What’s next for me?

After 3.5 years of working at Elium, it was time for me to move on and take on new challenges. That’s why I’ve decided to join NOWJOBS, a very fast scaling company which is part of the House of HR group. We aim to revolutionize the way students and other professionals are approaching the job market. We want to offer them a smooth and easy way to earn money on the side, whenever and however they want. NOWJOBS currently operates in Belgium and in The Netherlands.

Next to my role at NOWJOBS I’ll keep on developing Achieved and I’m also looking to help other companies grow. I’m focusing on 3 main domains: growth marketing, product management and product marketing. So if
you need help or just want someone to challenge your idea, feel free to reach me out.