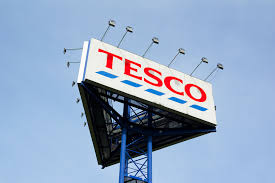 A litigation firm discovered a new phishing scam falsely indicating to be from a leading UK supermarket Tesco.

The scam had utilized SMS and email communication planned to fool customers into handling over their subtleties, and steal classified and payment data.

The fraud started through an official-looking but fake Facebook page entitled ‘Tesco UK’ which shared images implying to be from a Tesco warehouse, showing stuffed boxes of HD television sets.

As per Griffin Law, the litigation firm, the message stated: “We have around 500 TVs in our warehouse that are about to be binned as they have slight damage and can’t be sold. However, all of them are in fully working condition, we thought instead of binning them we’d give them away free to 500 people who have shared and commented on this post by July 18.”

The firm stated that at least some 100 customers had responded to the Facebook page or received an email.

It was the clueless users who had due to immense excitement shared the post helped it to spread before receiving an email offering them the opportunity to ‘claim their prize.’

A button in the message connected victims to a landing page to enter their name, place of residence, phone number, and the bank account details.

Tim Sadler, Chief, Tessian, stated: As the lines between people in our ‘known’ network and our ‘unknown’ networks blur on social media feeds and in our inboxes, it becomes incredibly difficult to know who you can and can’t trust. Hackers prey on this, impersonating a trusted brand or person to convince you into complying with their malicious request and they will also prey on people’s vulnerabilities.”

Although Sadler empathized with the people who are struggling financially in the wake of the [COVID-19] pandemic and henceforth the proposal of a free television could be appealing to them.

However, he advises the users to consistently scrutinize the authenticity of these certain messages and consistently confirm the requestor’s offer before tapping on the link and refrain from asking for trouble.