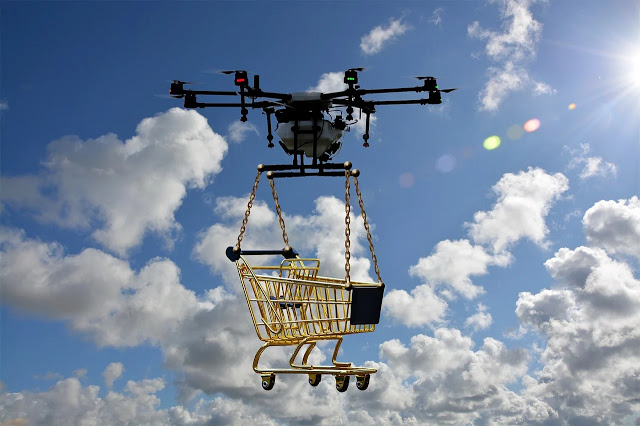 Retail giant Amazon got the approval to deliver their products from the sky (like your package dropped straight from the skies, well the thought is good but not really); that is to say, the online retail behemoth got USA’s Federal Aviation Administration approval to start trials for drone airlines for delivery.

The Federal Aviation Administration approved Amazon Prime as an “air carrier” allowing it to begin deliveries by air with their drone tech, probably with the MK27 drone released last year. These will be under a trial program.

Other companies that already had this approval are Wing, the Alphabet.Inc (Google) and United Parcel Service Inc. (UPS).

In recent years, companies in retail have been evolving and developing Drone Delivery to quite an extent and have achieved major leaps. Wing and UPS both fly their products to a limited distance via drones and Amazon has stated they would start their own trials through the exact data that was not mentioned.

During the pandemic, Amazon made extensive profits and grew exponentially and their autonomous air delivery if applied globally with success could change the way for ecommerce forever.

“This certification is an important step forward for Prime Air and indicates the FAA’s confidence in Amazon’s operating and safety procedures for an autonomous drone delivery service that will one day deliver packages to our customers around the world,” said David Carbon, vice president of Prime Air, in a statement. “We will continue to develop and refine our technology to fully integrate delivery drones into the airspace, and work closely with the FAA and other regulators around the world to realize our vision of 30-minute delivery.”

But routine Drone Deliveries still have a long way to go like something like this would require some standards for flight, machine, and mechanism along with proper air traffic control and route settings without a pilot – all of which would take years to set up.