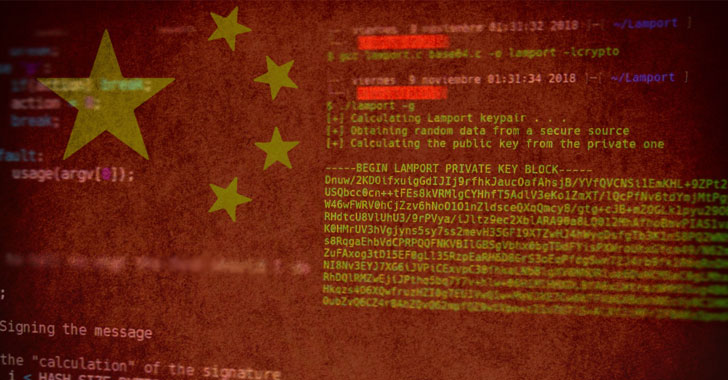 “While we cannot see what Palmerworm is exfiltrating from these victims, the group is considered an espionage group and its likely motivation is considered to be stealing information from targeted companies,” the cybersecurity firm said.

Among the multiple victims infected by Palmerworm, the media, electronics, and finance companies were all based in Taiwan, while an engineering company in Japan and a construction firm in China were also targeted.

In addition to using custom malware to compromise organizations, the group is said to have remained active on the Taiwanese media company’s network for a year, with signs of activity observed as recently as August 2020, potentially implying China’s continued interest in Taiwan. 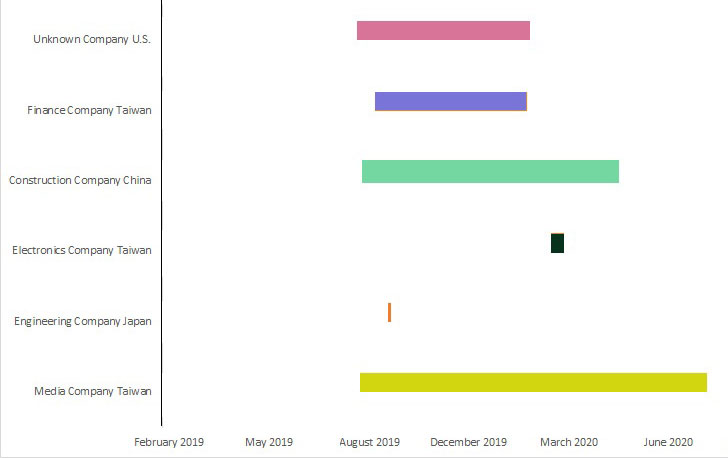 This is not the first time the BlackTech gang has gone after business in East Asia. A 2017 analysis by Trend Micro found the group to have orchestrated three campaigns — PLEAD, Shrouded Crossbow, and Waterbear — with an intent to steal confidential documents and the target’s intellectual property.

Stating that some of the identified malware samples matched with PLEAD, the researchers said they identified four previously undocumented backdoors (Backdoor.Consock, Backdoor.Waship, Backdoor.Dalwit, and Backdoor.Nomri), indicating “they may be newly developed tools, or the evolution of older Palmerworm tools.”

The brand new custom malware toolset alone would have made the attribution difficult if it were not for the use of dual-use tools (such as Putty, PSExec, SNScan, and WinRAR) and stolen code-signing certificates to digitally sign its malicious payloads and thwart detection, a tactic that it has been found to employ before.

Another detail that’s noticeably not too clear is the infection vector itself, the method Palmerworm has used to gain initial access to the victim networks. The group, however, has leveraged spear-phishing emails in the past to deliver and install their backdoor, either in the form of an attachment or through links to cloud storage services.

“APT groups continue to be highly active in 2020, with their use of dual-use tools and living-off-the-land tactics making their activity ever harder to detect, and underlining the need for customers to have a comprehensive security solution in place that can detect this kind of activity,” Symantec said.