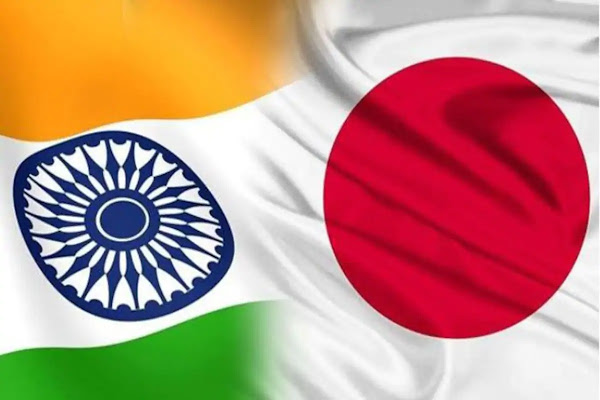 India and Japan finalize a cybersecurity deal as both agreed to the need for vigorous and ‘resilient digital and cyber systems’.

Their ambitious agreement accommodates participation in 5G technology, AI and a variety of other critical regions as the two strategic partners pledged to broad base their ties including in the Indo-Pacific area.

The foreign ministers of the two nations – S Jaishankar of India and Motegi Toshimitsu of Japan – were of the view that a free, open, and comprehensive Indo-Pacific region “must be premised on diversified and resilient supply chains.”

Their initiative comes with regards to nations hoping to enhance supply chains out of China subsequent to Beijing suddenly closing factories and units in the repercussions of the Coronavirus pandemic, sending economic activities into a dump.

The move hurled the subject of dependability of supply chains situated in China with nations hoping to widen the hotspots for critical procurement. In September, the trade ministers of India, Australia, and Japan had consented upon to dispatch an initiative on supply chain resilience. 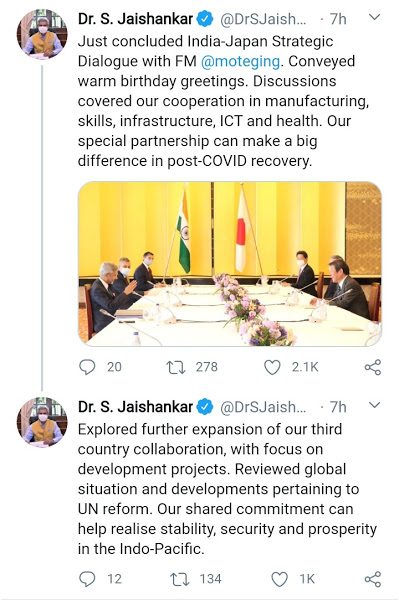 The two “welcomed the finalization of the text of the cybersecurity agreement. The agreement promotes cooperation in capacity building, research, and development, security and resilience in the areas of Critical Information Infrastructure, 5G, Internet of Things (IoT), Artificial Intelligence (AI), among others,” the statement said.

In New Delhi, the agreement was cleared at a Cabinet meeting headed by PM Narendra Modi, as per Information and Broadcasting Minister Prakash Javadekar.

The ministers concurred that the following annual bilateral summit between the leaders of India and Japan would be facilitated by the Indian government “at a mutually convenient time for the two Prime Ministers.”