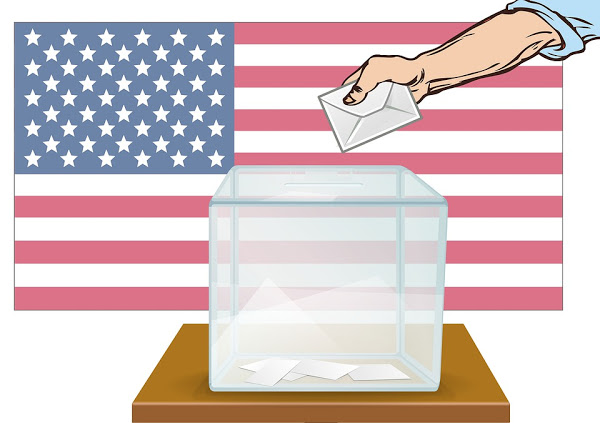 As the U.S. presidential elections are approaching, the hacking and spamming attacks related to it are rising. In a similar incident, hackers use fake voter registration forms to steal data of the users who access the fake government sites. The voter registration links work as bait, and if the user clicks it, he is redirected to a fake government website. The hacker then steals personal user data, along with banking credentials sometimes.

“Whatever the intent behind this particular phishing attack, it should serve as a reminder that human beings — users, employees, citizens, and voters — are “soft targets” for malicious actors. This is especially true in turbulent times such as the present — when fear, confusion, and doubt are surging in the run-up to a historic election that happens to fall in the middle of a catastrophic pandemic,” says KnowBe4.

These phishing campaigns started in September and are still active.

Cybersecurity firms KnowBe4 and Proofpoint identified the attacks; they say that these attacks are trying to undermine the U.S. government agency’s credibility (U.S. Election Assistance Commission (EAC), which is responsible for generating the voter list. The phishing emails have a simple subject line, and it works because citizens feel that they might be left out from the voting list. The phishing campaign uses hacked WordPress websites to host fake websites operated for luring the users. The sites contain incorrect URLs, and if the user fails to notice it, his data can be susceptible to hackers.

According to experts, the hackers use a simple template for phishing attacks, and the fake website looks exactly as same as the original government website.

According to Proofpoint, these spammers have become more aggressive in their recent attacks. They have changed their strategies and now ask for user’s data and along with his banking credentials. “Now, as the U.S. election draws closer, many individuals are confirming their voter registration status. Using messages that suggest voter registration is invalid drives user urgency and uncertainty in an election season. We observed the last news from this actor using voter registration themes sent on October 7, 2020. This suggests that the actor may have already shifted to another type of lure,” says Proofpoint.