A few days ago Indian bug bounty hunter, Shashank aka Cyberboy came up with a creative hack that led him from multiple errors to Django admin takeover. The bug was about a private target he had been hunting for a while, he passed all the subdomains to FFUF, the most recent and fastest fuzzing open-source tool written in GoLang. The tool is used to brute force directories and files. You can read about the bug in detail in his blog post. I was impressed by the determination and creativity required to discover this exploit; being curious as I was, I decided to interview the innovative mind behind the process involved in discovering this hack and I’m sharing his answers with you all! 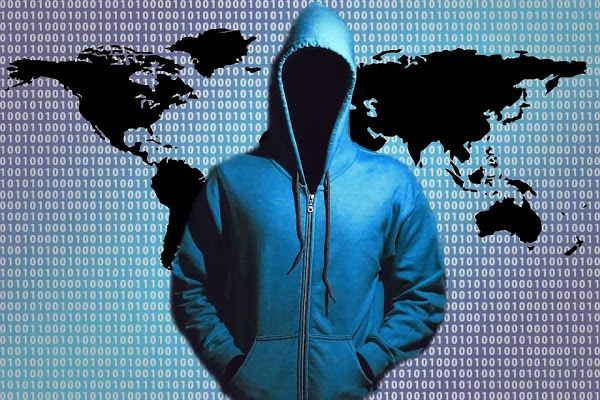 1) Hello Shashank, can you briefly introduce yourself to EHackingNews readers?

Hi, I am Shashank. I am a security analyst at HackerOne, team lead at Cobalt (part-time), and a bug bounty hunter. I started bug bounties when I was 15 years old. I still do it in my free time after my regular job and part-time jobs. This all started in 2012-2013 when I heard that companies like Facebook and google pay hackers for finding a valid security issue on their website. I have been rewarded/recognized by Facebook, google, apple, Microsoft, PayPal, and 100+ top companies for reporting a valid security issue.

2) A few days back, I read your blog post on the Django admin takeover and I was impressed by your persistence despite multiple errors you encountered, can you please share how did the final idea that led to the discovery of this exploit occur to you?

Going back to my first bounty from google. It took me four months to find my first bug back in 2013. And I concluded that I need persistence in this field.

The vulnerable endpoint where I found the bug. I had that endpoint in my suspicion notes from a week. After a week, when I managed to bypass the 500 error to access the endpoint, I started reviewing all API endpoints. Then I chained all the bugs to make the final exploit. I have tested countless APIs. With the experience of common patterns I see in all APIs, and I was able to construct the right API call to execute the privilege escalation.

3) How did you discover hacking? Anything you can recall from your initial days as a bug bounty hunter?

Yes, and I can never forget that incident because that changed my life forever. I studied at Sainik School. It was a boarding school. During my summer vacation, I was using Orkut, and I used to chat with one of my seniors. You know, way back then, social media was gaining popularity, and Orkut was a new thing. I used to chat with my senior every day after dinner. One day he was not online, and later, he informed me that his account was hacked. I was amazed at how this is even possible. So we together started digging and looking for clues about how it could have happened. After weeks of searching, we realized that his account was phished.

After that, I wanted to learn it as well. Since I had zero programming experience, I had to spend months learning to phish. Later next year, while I was in school, I read in the library that hackers hack websites as well. After class 10th, I dropped out of Sainik school to pursue my career in IT and went to Delhi for JEE preparations. There I had my own computer, so I taught myself web hacking. I heard about the bug-bounty program during those days, and after my first bounty, I never stopped. Even today, in my free time. I love to participate in bug bounty programs.

4) What was the most exciting bug you ever discovered?

My most exciting bug was in blockchain.com. I have always been a crypto enthusiast. I believe that blockchain will be the next big thing. Blockchain.com is an online bitcoin wallet that I use. I found a bug that allowed me to steal anyone’s bitcoin wallet backup file. This could be exploited to steal money from the user’s account with a single click.

Besides, I found a bug in Apple iOS in 2017, which allowed me to permanently crash an iOS user’s WhatsApp by sharing a contact.

5) What motivates you to hunt exploits?

Finding security issues in big and popular platforms is challenging and thrilling. It gives me immense happiness when I am able to chain all pieces of information and small bugs to make it a bigger exploit. Apart from that, we can get financial rewards, swags, and recognition for every valid submission, which adds motivation to do it again and again.

6) How did you feel about the response from the affected organizations?

Honestly, I stick with programs that appreciate hackers and are responsive irrespective of how much they pay. If I notice a program is not very responsive. I tend to move to other targets.

7) How do you see the bug bounty space evolving over 5 years?

Bug bounty has already boomed in 8 years. When I started, there were a few companies that had a bug-bounty program. Now it is almost countless. Millions have been paid out to hackers, and in the next five years, I am sure we will see more companies starting bug bounties. Even a government project like arogya setu has started bug-bounty programs. We are going to see more in the coming future. More companies and better rewards.

8) What would you advise to the upcoming bounty hunters, any reading recommendations?

I strongly believe in 2 things. One is reading, and the other is persistence. Even today, after eight years, I still read writeups of bugs published by other hackers on a daily basis. Software upgrades their security each day, and as a hacker, we need to be ahead and more creative to remain in the game. In this field of ethical hacking and bug-bounty, the day you stop learning is the end of the career.

Apart from that hacking requires patience and persistence. It is not easy to find a bug when so many people are looking into the same application. It’s all about never giving up and keep looking for bugs until you find one. This has always worked for me.

9) What are your thoughts about E Hacking News?

I know about E hacking news from the time I got into security. It is one of the few blogs that started long back when ethical hacking and bug bounties were not very popular. I would like to thank the people behind every such blog who are trying to make this world understand that hacking is not a criminal activity. It is a profession now.

Thank you very much for your time Cyberboy, Goodluck hunting in the future!