Cloud security company Menlo Security on Thursday announced that it has raised $100 million in a Series E funding round, valuing the firm at $800 million.

The latest funding round, which brings the total raised by Menlo Security to $260.5 million, was led by Vista Equity Partners, with participation from Neuberger Berman, General Catalyst, JP Morgan and other existing investors. 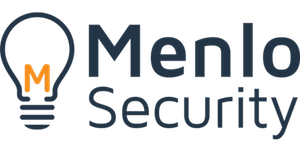 The company says it plans on using the money to “further fuel market expansion and empower the company to scale go-to-market capabilities.”

Menlo Security claims it has recorded significant growth in terms of revenue and deal sizes over the past year. The company says its customers include several of the world’s biggest banks, credit card issuers, and critical infrastructure organizations.

“In today’s dynamic threat landscape with the rapid growth in connected devices, simultaneous de-centralized network structures, and the widespread embrace of SaaS and cloud-based applications, providing a safe internet experience is more important and challenging than ever before,” said Ryan Atlas, managing director at Vista Equity Partners.

“Menlo Security has taken a unique approach with Isolation technology at its core that is able to completely neutralize all critical attack vectors of Web and email. We are thrilled to partner with Amir and the team to build on Menlo Security’s tremendous momentum and help catapult the company into their next phase of growth,” Atlas added.