Majority of APAC firms pay up in ransomware attacks


A majority of businesses across the Asia-Pacific region are choosing to pay up after falling victim to ransomware attacks, with 88% in Australia and 78% in Singapore forking out the ransom in full or in part. And such attacks are expected to continue climbing amidst accelerated digital transform efforts and remote work, as organisations evolve to cope with the global pandemic.

Some 45% of enterprises in Singapore would take between five and 10 days to recover fully from a ransomware attack, compared to 11% in India and 35% in China, according to Veritas’ 2020 Ransomware Resiliency Report released Tuesday night. Conducted by Wakefield Research in September, the global study polled 2,690 senior IT executives from companies with at least 1,000 employees, including 150 respondents each from six Asia-Pacific markets including Japan and South Korea. 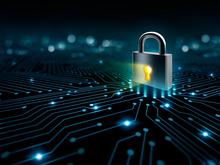 Furthermore, 1% in Australia as well as in South Korea said they would not be able to recover fully from a ransomware attack, along with 7% in China. Worldwide, 2% said they would be unable to do so.

The study also revealed that, across the board, companies managing greater complexity in their multi-cloud infrastructure were more likely to pay the ransom to reclaim their hijacked data, with the number that did so in full running a mean number of 17.11 cloud services.

The complexity of having to operate cloud architectures also had significant impact on the organisation’s ability to recover following a ransomware attack, according to Veritas. Some 44% of businesses with fewer than five cloud providers in their infrastructure needing fewer than five days to recover, compared to 12% with more than 20 providers doing likewise.

And while 49% of businesses with fewer than five cloud providers could restore 90% or more of their data, only 39% of their peers running more than 20 cloud services were able to do likewise.

Ransomware attacks on an upward trajectory

With ransomware attacks expected to continue climbing amidst accelerated digital transformation efforts and remote work practices, enterprises in the region will need to ensure they can detect and recover from such attacks.

Speaking to ZDNet in a concall, Ng said: “We always advise companies not to pay because doing so leave them more open to being attacked again. The best step forward is to have a sound data protection and recovery strategy. It will mean every copy of data you have is backed up and protected, including keeping it offsite. If you have three copies of the data, and the ability to recover quickly, you won’t be held ransom because you’ll always have access to the data.”

He noted that the global pandemic had left companies more susceptible to cyber attacks, as they rushed to digitalise their operations and equip their employees to work remotely. Digital transformation efforts had been fast-tracked, from 18 months to three months, and companies were grappling with having to manage data across many diverse sources as they deployed multi-cloud hybrid IT infrastructures, he said.

Pointing to the human as the most vulnerable component within an organisation, Ng said malicious hackers now could target a wider spread of end-point client devices. He revealed that a Veritas customer in the professional services sector had their network compromised after it embarked on a work-from-home model and rushed to distribute laptops and tablets to their employees, leaving some devices without proper data protection.

He added that there had been an increase of ransomware attacks against manufacturing companies in the last two to three years and, more recently, professional services companies.

While healthcare and financial services sectors were expected targets, he noted that these sectors typically were more heavily regulated and had to comply with strict guidelines laid out by their local authorities. As such, he was seeing fewer ransomware attacks involving these organisations here.

Large enterprises, though, increasingly were hot targets because their deeper pockets meant ransom demands and returns could potentially be higher for hackers, he said.

ZDNet asked how efforts by governments such as Singapore to ease data access to facilitate business transactions could impact the ransomware landscape in Asia-Pacific. Ng noted the “fine balance” of having to drive digital transformation, under certain market pressures such as COVID-19, and securely manage data in the organisation’s own data centres as well as across its cloud providers’ platforms.

“As companies digitalise, the resiliency gap will only get wider,” he said, adding that the Singapore government already was working to address this. “It’s not easy because the ransomware [challenge] is not going to go away.”

“The unique security challenges posed by increased multi-cloud adoption combined with an ever-changing threat landscape requires proactive measures put in place for prevention and mitigation,” Ng said in the report. “It is imperative for companies deploy corresponding data protection solutions to close that resiliency gap in order to protect increasingly valuable digital assets.”

Citing Veritas’ own research, he noted that 42% of companies had been hit by at least one ransomware in the last two years.

To help companies plug any gaps in their IT infrastructure, Ng suggested that governments could introduce similar regulations they had implemented for healthcare and financial services in other sectors such as manufacturing, which were increasingly under the targets of ransomware attacks.

“That’s an area governments can play a more proactive role, in defining what’s bare minimum for companies in manufacturing, for instance,” he said.