The Chinese Embassy in India said it “firmly oppose” the Indian government’s repeated attempts at using national security as “an excuse” to prohibit Chinese mobile apps. It said in a statement Wednesday that it had always required Chinese companies operating overseas to adhere to and ensure compliance with international laws and regulations. They also should conform to public order and “good morals”, it said. 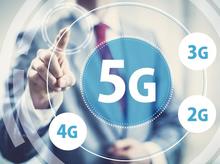 With China-US trade relations still tense, efforts to cut out Chinese vendors such as Huawei from 5G implementations may create separate ecosystems and consumers could lose out on benefits from the wide adoption of global standards, as demonstrated with 4G.

The embassy’s rebuke came after India earlier this week expanded its ban to include another 43 Chinese apps, including AliExpress, DingTalk, MangoTV, and Taobao Live. This had followed a previous ban of 59 mobile apps that had included TikTok, WeiBo, and WeChat.

India’s Ministry of Electronics and Information Technology said: “This action was taken based on the inputs regarding these apps for engaging in activities that are prejudicial to sovereignty and integrity of India, defence of India, security of state, and public order.”

The country had begun blocking its citizens from using Chinese mobile apps in June, following a border clash between Indian and Chinese soldiers that resulted in the death of 20 Indian soldiers and scores others injured.

The Chinese Embassy, though, called for its India counterparts to provide a “fair, impartial, and non-discriminatory” business environment for all market players, including China. It added that India’s “discriminatory practices” were in violation of World Trade Organisation (WTO) rules.

“China and India should bring bilateral economic and trade relations back to the right path for mutual benefit and win-win results on the basis of dialogue and negotiation,” the embassy said.

He added that that India was responsible for observing market principles and safeguarding the legal rights and interests of its international investors, including Chinese businesses.

He urged the Indian government to retract its ban or risk further damage to bilateral cooperation between the two nations, in which economic and trade cooperation should be “mutually beneficial”.

UK ban “in collaboration” with US

Zhao also lashed out at the UK’s new security law, which threatened local telcos with hefty fines if they proceeded to use Huawei’s 5G equipment despite an existing ban on the deployment of such systems.

The security bill provides the UK government with “unprecedented” powers to force telecoms giants to comply with the ban, including the ability to impose controls on their use of equipment supplied by companies that are deemed unsafe.

In response to the new security rule, Zhao said: “Without any concrete evidence, the UK, in collaboration with the US, has been discriminating and suppressing Chinese companies citing nonexistent ‘security risks’. It blatantly violates the principles of market economy and free trade rules, severely undermines the interests of Chinese companies, and continually erodes mutual trust with China, which is the basis for bilateral cooperation.

“In light of this, significant concerns have been raised over the openness and fairness of the British market as well as the security of foreign investment in the UK,” he said.

Apart from the US and UK, Australia and New Zealand are amongst nations that have imposed bans on the use of 5G equipment from Chinese tech vendors, specifically, Huawei. Telcos in other markets such as Belgium, Canada, and Singapore, have opted to deploy their 5G networks on Huawei’s competitors, Ericsson and Nokia.