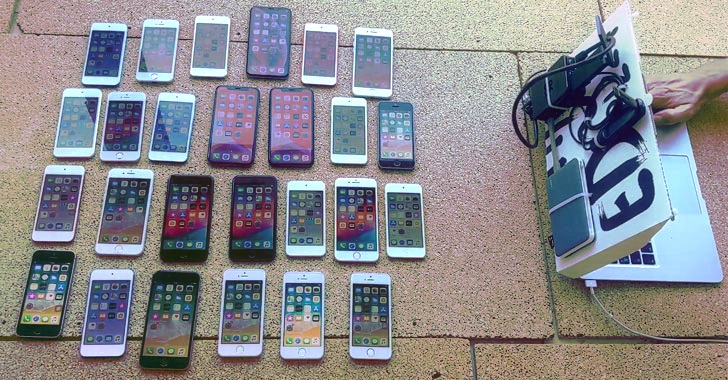 Google Project Zero whitehat hacker Ian Beer on Tuesday disclosed details of a now-patched critical “wormable” iOS bug that could have made it possible for a remote attacker to gain complete control of any device in the vicinity over Wi-Fi.

The exploit makes it possible to “view all the photos, read all the email, copy all the private messages and monitor everything which happens on [the device] in real-time,” said Beer in a lengthy blog post detailing his six-month-long efforts into building a proof-of-concept single-handedly.

“A remote attacker may be able to cause unexpected system termination or corrupt kernel memory,” the iPhone maker noted in its advisory, adding the “double free issue was addressed with improved memory management.”

The vulnerability stems from a “fairly trivial buffer overflow programming error” in a Wi-Fi driver associated with Apple Wireless Direct Link (AWDL), a proprietary mesh networking protocol developed by Apple for use in AirDrop, AirPlay, among others, enabling easier communications between Apple devices.

In a nutshell, the zero-click exploit uses a setup consisting of an iPhone 11 Pro, Raspberry Pi, and two different Wi-Fi adaptors to achieve arbitrary kernel memory read and write remotely, leveraging it to inject shellcode payloads into the kernel memory via a victim process, and escape the process’ sandbox protections to get hold of user data.

Put differently, the attacker targets the AirDrop BTLE framework to enable the AWDL interface by brute-forcing a contact’s hash value from a list of 100 randomly generated contacts stored in the phone, then exploits the AWDL buffer overflow to gain access to the device and run an implant as root, giving the malicious party full control over the user’s personal data, including emails, photos, messages, iCloud data, and more.

Although there’s no evidence that the vulnerability was exploited in the wild, the researcher noted that “exploit vendors seemed to take notice of these fixes.”

This is not the first time security flaws have been uncovered in Apple’s AWDL protocol. Last July, researchers from the Technical University of Darmstadt, Germany, revealed vulnerabilities in AWDL that enabled attackers to track users, crash devices, and even intercept files transferred between devices via man-in-the-middle (MitM) attacks.

That’s not all. In a separate development, Synacktiv shared more details about CVE-2020-27950, one of the three actively exploited flaws that were patched by Apple last month following a report from Google Project Zero.

While the disclosures were short on details, the vulnerabilities were the result of a memory corruption issue in the FontParser library that allowed for remote code execution, a memory leak that granted a malicious application kernel privileges to run arbitrary code, and a type confusion in the kernel.

By comparing the two kernel binaries associated with iOS 12.4.8 and 12.4.9, Synacktiv researchers were able to backtrace the roots of the memory leak problem, explicitly noting that the changes address how the kernel handles mach messages associated with inter-process communication in Apple devices.

“It’s quite surprising how long this vulnerability has survived in XNU knowing that the code is open source and heavily audited by hundreds of hackers,” Synacktiv’s Fabien Perigaud said.