Facebook Tracks APT32 OceanLotus Hackers to IT Company in Vietnam 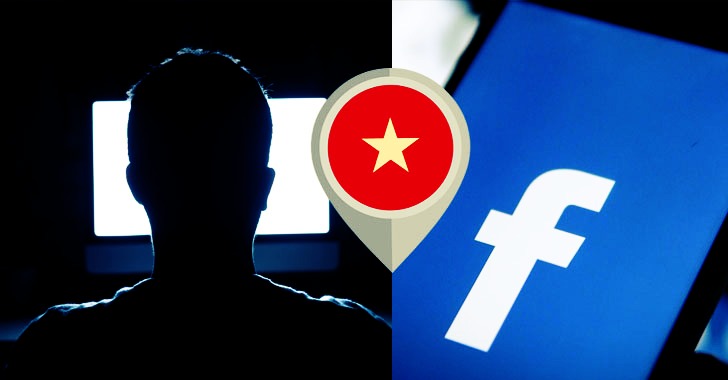 Cybersecurity researchers from Facebook today formally linked the activities of a Vietnamese threat actor to an IT company in the country after the group was caught abusing its platform to hack into people’s accounts and distribute malware.

Tracked as APT32 (or Bismuth, OceanLotus, and Cobalt Kitty), the state-aligned operatives affiliated with the Vietnam government have been known for orchestrating sophisticated espionage campaigns at least since 2012 aligned with the goal of furthering the country’s strategic interests.

The group is known for its evolving toolsets and decoys and its use of decoy documents and watering-hole attacks to entice potential victims into executing a fully-featured backdoor capable of stealing sensitive information.

During the height of the COVID-19 pandemic, APT32 carried out intrusion campaigns against Chinese targets, including the Ministry of Emergency Management, with an intent to collect intelligence on the COVID-19 crisis.

Then two weeks ago, Microsoft detailed a tactic of OceanLotus that involved using coin miner techniques to stay under the radar and establish persistence on victim systems, thus making it harder to distinguish between financially-motivated crime from intelligence-gathering operations.

Now according to Facebook, APT32 created fictitious personas, posing as activists and business entities, and used romantic lures to reach out to their targets, ultimately tricking them into downloading rogues Android apps through Google Play Store that came with a wide range of permissions to allow broad surveillance of peoples’ devices.

“The latest activity we investigated and disrupted has the hallmarks of a well-resourced and persistent operation focusing on many targets at once, while obfuscating their origin,” the researchers said. “To disrupt this operation, we blocked associated domains from being posted on our platform, removed the group’s accounts and notified people who we believe were targeted by APT32.”

In a separate development, Facebook said it also disrupted a Bangladesh-based group that targeted local activists, journalists, and religious minorities, to compromise their accounts and amplify their content.

“Our investigation linked this activity to two non-profit organizations in Bangladesh: Don’s Team (also known as Defense of Nation) and the Crime Research and Analysis Foundation (CRAF). They appeared to be operating across a number of internet services.”