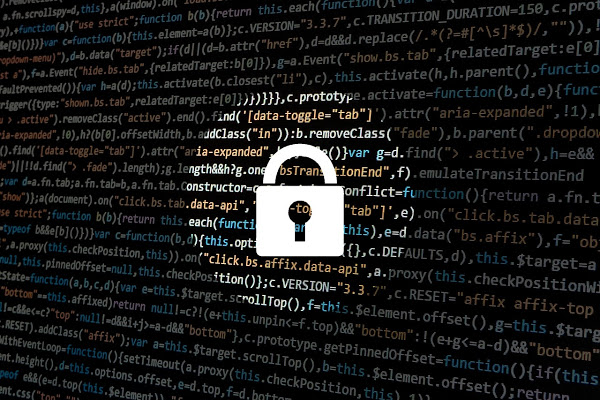 Amidst perhaps the most widespread and impactful cyberattack in history, American businesses and government agencies alike must take a drastically different approach to cybersecurity. Unfortunately, many cybersecurity professionals have become complacent and have become far too dependent on a handful of well-marketed tools designed for yesterday’s threats that underperform against modern attacks.

It is far easier for cybersecurity manufacturers to deliver services from their own cloud. It may be less expensive for the vendor but relying on a “trusted 3rd party” for your security is a foundational vulnerability that has been proven to be disastrous for you as a customer.

We are currently in a state of cyber-warfare. Nation-states regularly use their practically limitless resources and technical sophistication to overpower companies and government agencies. Cybersecurity professionals need to shift their focus from “indicators of compromise” to data protection, which will limit how widespread these vicious digital attacks can have an impact.

Most cloud providers claim they alone provide the “best cloud protection” and brag billions spent on beefing up the many layers surrounding their server farms to reassure their clients that “everything will be alright.” But will it?

Vulnerabilities from security vendors will likely continue far into the future. While much of the industry has moved towards promoting “zero-trust” infrastructures, they often forget to remove themselves from the client’s circle of trust. Instead, everyone from individuals to multinationals should take security into their own hands. Firewalls, antivirus, and network monitoring tools indeed still have their place, but a shift must be taken to provide more independence between the owner of data and its protectors.

Active Cypher, a California-based cybersecurity startup led former-Microsoft/Cisco/U.S. intelligence with decades of experience protecting (and at times stealing data), has led the charge against what it calls “cyber-negligence”.

“IT organizations need to stay nimble, test and adopt new approaches quickly, and don’t be afraid to throw out solutions that were simply inherited,” says Active Cypher’s CEO, Mike Quinn.

Active Cypher has pioneered a unique, independent security infrastructure that provides its clients the automated tools, proprietary cryptography, and advanced anti-ransomware sensors to control their data with the utmost precision. Yet unlike the numerous SaaS applications which plague the market and create undue “man-in-the-Middle” vulnerabilities, Active Cypher deploys and operates its software directly within the client’s tenant. Cryptographic keys, the soft underbelly of security, are held not by Active Cypher, who knows well it may be a target of state actors and cybercriminals but by the client alone. Once deployed, the security solution uniquely runs alone without contact with any 3rd party home base.

While the solution Active Cypher provides is certainly not an end-all, it gives a much-needed last line of defence against increasingly menacing (and successful) threats. “We believe cybersecurity is a human right. Something that is sacrosanct and should be upheld with the highest degree. Yet, too many executives still see it as just another budget line within often ballooning IT budgets without considering what kind of impact a security breach will have on their brand, and ultimately their revenue,” explains Mike Quinn.

Based in Newport Beach, California, with partners and operations across the US and in Western Europe, Active Cypher and the rest of its industry saw an uptick in business when Covid-19 forced companies to rapidly extend its security frontier to its employee’s homes.

“It has become increasingly clear that the focus for cybersecurity needs to be on data protection. Once the perimeter is breached, and it will be, there’s nothing to stop them. We’ve built great systems to observe and record cyber theft in action but little to defend the data inside.” says Devin Jones, Active Cypher’s new Chief Product Officer and a veteran of both Cisco, Juniper Networks, and a variety of cyber-startups.

Active Cypher uncovered that many major companies had regulated the management of vital security infrastructures to the “back-office” of IT but often hadn’t evolved and updated systems, like the prolific Active Directory in years. The result was growing technical messes that left gaping holes in security. Active Cypher also encountered a level of defeatism; one company declined to expand and solidify its cybersecurity posture, choosing instead to continue to pay ransomware demands at the cost of an astounding $1million per month. In this firm’s view, it was easier to keep paying and therefore avoid the risk of negative press surrounding disclosures of data breaches.

“But thankfully, not all companies have been so lethargic. We are thrilled to be working with a variety of innovating clients ranging from state agencies, healthcare providers, and sports teams who understand that the success of their future protection should be in their own hands. Active Cypher provides them with the tools to own their own destiny,” says Devin Jones.

As IT organizations across the nation take time over the next few weeks to uncover the extent of their firm’s exposure to recent and still unfolding cyberattacks, one only hopes they seek to not simply install a short-lived patch but take a leap towards the zero-trust, zero-vendor contact future; only then can cyber-negligence be finally tackled.