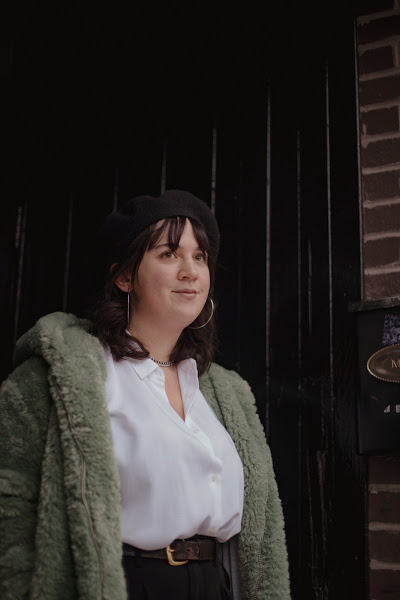 The e-commerce giants, with their evidently endless collection and drive to deliver convenience along with affordable prices, have become an all-too-familiar and essential service for many consumers at the height of the ongoing global pandemic.

While small businesses and local retailers have been ending up with nothing in this pandemic, the worldwide lockdowns, and restrictions, have been fruitful for the e-commerce market, especially for the Seattle-based e-commerce giant Amazon, which has made humongous profits in billions.

The pandemic has proved as mounting inequity between people and markets, and it was brought into focus by Ali Haberstroh.

As the pandemic deepened, offline markets were closed but online shopping continued which consequently created inequality that was highlighted by one Canadian woman who expressed her disapproval as she fought back for the cause.

“I just hate how much Jeff Bezos and Amazon are making billions off the backs of working-class people,” said Ali Haberstroh. “It seems to me they’re putting money over the wellbeing of people.”

It was in late November 2020 when the snow was painting Ali Haberstroh’s apartment into a white house when the idea occurred to her.

At the time, Canada was about to shut the market again as the second wave of lockdown hit the Canadian lanes in an attempt to curb rising COVID-19 cases.

In anticipation, Toronto’s vintage clothing owner who is a friend of Ms. Haberstroh’s had put together names of other local vintage shops offering product curbside pickup and deliveries instead of shutting doors.

“It was a wake-up call,” Ms. Haberstroh, 27, said of the list, which reminded her how large retailers like Walmart, Costco, and Amazon had thrived during the pandemic while much smaller, local businesses had been increasingly forced to discontinue their operations. “I thought if there is one tiny thing I can do to help, then I should get on it.”

Being as inspired as she was by this idea, Haberstroh readied herself to build a more comprehensive list; following up, she has created an Instagram post, tagging independent businesses, and shopkeepers across Toronto. Moreover, she came up with a new website by the name “Not-Amazon.ca” — a URL that she had bought for $2.99.

Introduced as a local list to help keep small businesses alive, ‘Not Amazon’ was created “so you don’t have to give any money to Amazon this year!” her Instagram post read.

“At first it started off as a bit of a joke, with the name, but soon I really wanted to make it like Amazon, having everything in one place,” she said. “I didn’t want people to have an excuse not to shop local.”

So far, the website “Not-Amazon.com” has accumulated more than half a million page views and is witnessing the participation from 4,000 businesses across Toronto, Halifax Calgary, and Vancouver.

Furthermore, the cause is seen to have gained worldwide acceptance as thousands of stores owner await their submission to this site along with Ms. Haberstroh’s approval.

“In a big city like Toronto, where it feels like most businesses are local, I think it’s so easy to think these things will be here forever,” said Ms. Haberstroh, who works as a social media manager at a marketing firm and plans to expand her rebellious project ‘Not Amazon’ to even more cities. “You don’t think that they’re going to go anywhere.”

“Small businesses have always made Toronto magical. They’re what makes this city what it is. And so I think we owe it to them to keep them alive.” She added.