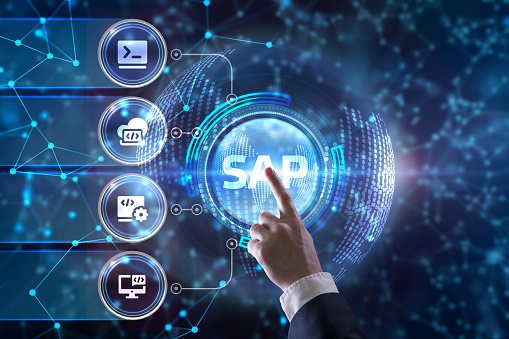 A German multinational software corporation SAP ( Systems Applications and Products in Data Processing ) is known for developing software solutions that work on managing business operations as well as customer relations. SAP is the name of their software as well as of the company that works on this technology. SAP provides “future-proof Cloud ERP (Enterprise Resource Planning) solutions that will power the next generation of business.” With its advanced capabilities, SAP can boost your organization’s efficiency and productivity by automating repetitive tasks, making better use of your time, money, and resources.

SAP has published some 14 new updates or the Security Note on the 2020 December Patch Day. Whereas in January 2021 they published another set of 7 new Security Notes, later providing their new updates as well. Five of the seven have the highest severity rate of the Hot News. Later in the month, they made a proclamation where they published 10 advisories to a document of flaws ad fixes for a range of serious security vulnerabilities. In the congregation of asserted vulnerabilities, the most important issue bears a CVSS score of 9.9 in the SAP Business Warehouse.

The very first note addressed CVE-2021-21465 which according to SAP is multiple issues in the Database Interface. These bugs are an SQL Injection with a missing authorization check which should have featured a CVSS score of 6.5. A SQL Injection is basically a code injection technique that might at times destroy the database interface. One of the most common hacking technique used by hackers is SQL Injection. In the SQL Injection, another thing that was missing was Onapsis, a firm that secures Oracle and SAP applications. These missing authorization checks would easily exploit to read any table of a database.

Mentioning that minimum privileges are required for successful exploitation, Onapsis in a blog quoted, “An improper sanitization of provided SQL commands allowed an attacker to execute arbitrary SQL commands on the database which could lead to a full compromise of the affected system,”
SAP decided to fix such bugs b disabling the function module and applying the patches that will result in abandoning of all the applications that call this function module.

Another serious issue, other than the aforementioned issue, is a code injection flaw in both Business Warehouse and BW/4H4NA , that addresses as CVE-2021-21466. This issue is a result of insufficient input validation. Such flaws are misused to inject malicious code that gets stored persistently as a repot. These issues potentially affect the confidentiality, integrity, and availability of systems. The remaining three from the total five updates are fixes for the programs released in 2018 and 2020.

Further SAP added as a warning, “An issue in the binding process of the Central Order service to a Cloud Foundry application” that could have allowed “unauthorized SAP employees to access the binding credentials of the service”.