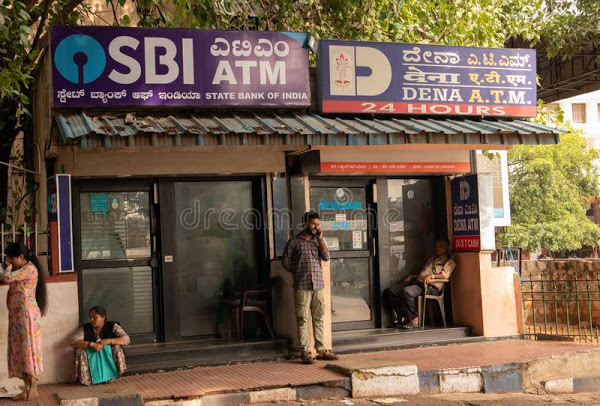 Bengaluru Police have confronted a freshly growing crime that goes under the name ATM fraud. In this ATM fraud, the actors steal the money from the ATM by fixing a device and hacking the bank’s servers with their master dupe. In recent times, a Columbian woman has been accused of this fraud. She was held in defrauding the State Bank of India (SBI) with a calculated amount of Rs. 17.71 lakhs with her dupe. This case was registered in the Hegdenagar, Northeast Bengaluru, India.

This incident was first perceived by a manager of SBI, Sushil Kumar Singh when he acknowledged an unusual call from a man, who had a query stating that he has received Rs. 1 lakh while he was trying to withdraw an amount of Rs. 1,500 from the local SBI ATM at Hegdenagar. This incident was reported to the Sampigehalli Police on the 11th of January.

On the other hand, upon hearing the situation from the caller, Sushil Singh with his colleagues ran to the troubled ATM right away and started his investigation. The first thing that he did was to switch off all the ATMs at the kiosk as a precautionary measure. This was done so as the other ATMs do not get in the eye of the actor. The very next day, in the morning he found that a device was attached to the cash deposit machine (CDM) at the kiosk. Further in the investigation, a scrutiny of the cash balance receipt revealed that Rs 17,71,500 were missing from the ATM.

Later the CCTV footage of the ATM as well as the neighboring areas was checked by the bank staff. With the help of the CCTV footage, they concluded that a woman had walked into the ATM near about 2.25 pm on the 11th of January and had fixed the device to the CDM. In this regard, Sampigehalli police evaluated the clues which helped them to track and arrest a woman, named Leidy Stefania Munoz Monsalve, aged 23 on Friday who was the culprit behind the fraud.

The device that was fixed to the CDM works by hacking the bank’s servers connected to the ATM, which enables the actors to withdraw the money stored into the kiosk. However, the Police have recovered the stolen money from the ATM. The police mentioned that “The Hegdenagar case, along with three others from Banaswadi, Halasuru, and Nelamangala, appears to be her first foray in cybercrime”.

Currently, Monsalve is in custody for further investigation. Well, this is not the first time that Monsalve was arrested, she has been a part of thefts earlier as well. But was released on bail.