How to Account for the Future of Work: Automation, Blockchain, and the Knowledge Economy 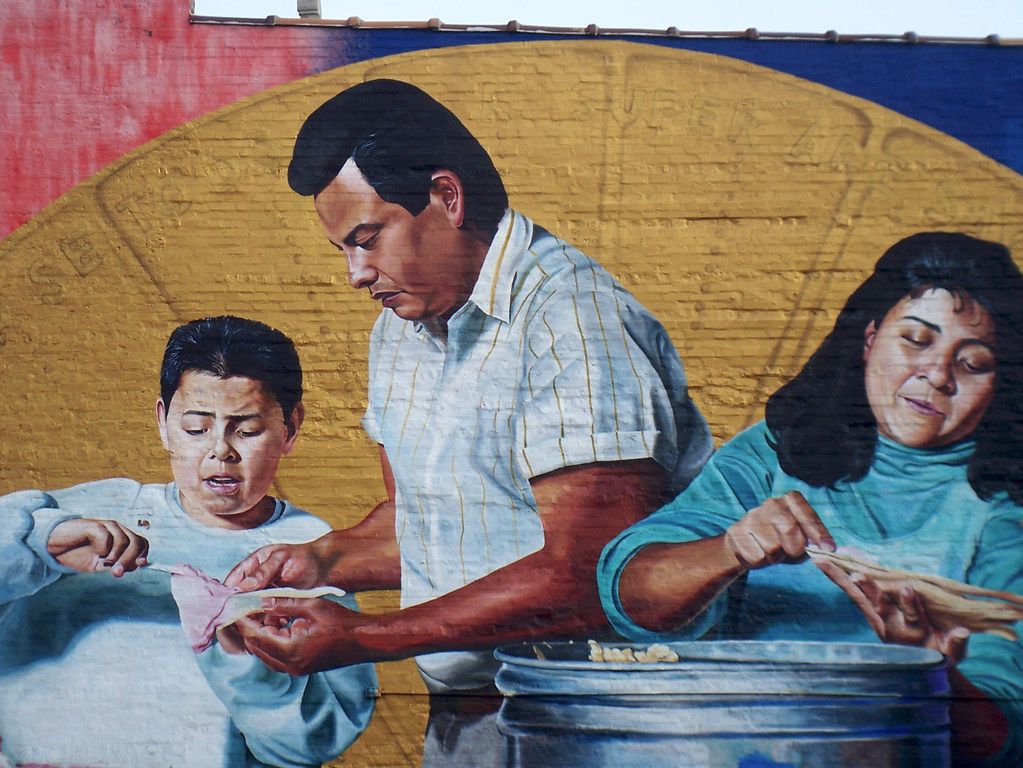 DisCO is a P2P/Commons, cooperative and Feminist Economic alternative to DAOs. Check out DisCO.coop

What do automation, remote working, and the knowledge economy have in common? All three are among the typical answers to the question, “what is the future of work?”, and they all depend on emergent technologies. The tech sector has been a great disruptor of the labor market and a range of industries. But too often this has been accompanied by increased surveillance, data harvesting and precarious labor.

For all their disruption, the one thing Silicon Valley has not touched is the ownership and governance structure of a typical capitalist firm. If tech development is seen as the lever for disrupting labor markets and future economies, dependence on that development is hardly surprising. Predicting a future without a focus on high tech would break tradition, and seem as disappointing as our lack of flying cars.

These predictions are hardly new. For Marx, gains in productivity caused by capitalist industrial efficiency would create a more developed stage characterized by self-chosen activity where “… society regulates the general production and thus makes it possible for me to do one thing today and another tomorrow, to hunt in the morning, fish in the afternoon, rear cattle in the evening, criticize after dinner, just as I have a mind, without ever becoming hunter, fisherman, herdsman or critic.” [1]

In the 1930s the Industrial Workers of the World sought to build on the attainment of the 8 hour workday through a “…four hour day, four day week and no wage cuts!”. John Maynard Keynes, neither Wobbly nor Marxist, would make a similar prediction.

In his 1930 paper Economic Possibilities for our Grandchildren, he asserts: “We are being afflicted with a new disease of which some readers may not yet have heard the name, but of which they will hear a great deal in the years to come — namely, technological unemployment.” [2] Later he concludes: “We shall do more things for ourselves than is usual with the rich to-day, only too glad to have small duties and tasks and routines. But beyond this, we shall endeavour to spread the bread thin on the butter-to make what work there is still to be done to be as widely shared as possible. Three-hour shifts or a fifteen-hour week may put off the problem for a great while.”

Where does the trope of “The Future of Work” fit into a world unwittingly accelerating toward “something worse than capitalism”? In the video above, writer and scholar McKenzie Wark talk about the new ruling classes spawned by the IT age, techno utopian apologists and the agency over the mutations of exploitation.

These three — automation, remote working, and the knowledge economy — are among innumerable, similar examples of projections about the effects of technological, and also political, change. Liberation from menial labor would be all but inevitable, and our focus could be turned toward more worthy, elevated pursuits. So what happened?

A relevant truth to acknowledge is that technology is never neutral.

Technology enables affordances, or the qualities that define its possible uses. Its outcomes are determined at the design level by “architects” — coders, designers and researchers — and always according to the will of its investors. It may be created to serve those interests, but it can also simply be appropriated and turned to the benefit of the powerful. A clear example is the Internet itself, once thought to be a free zone, “cyberspace”, complete with its own manifestos and utopian ideals. Then came Web 2.0, surveillance, lock-in and with them, a reshuffling of the power balance.

Is blockchain technology one of the most relevant of our times?

Its passionate proponents would argue so, although there certainly are other viewpoints and sensibilities. [3] But many people remain confused and feel a bit intimidated by the topic, so we attempt to answer it here: What is the blockchain and where did it come from? 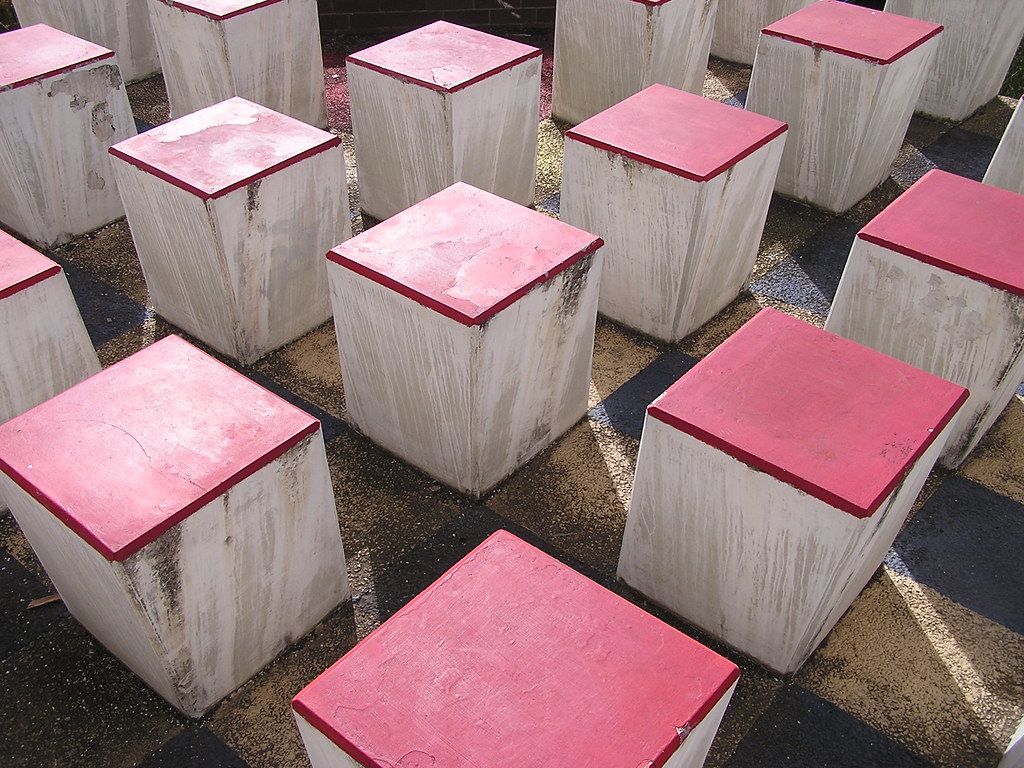 In an early post describing their invention, Bitcoin’s enigmatic creator, Satoshi Nakamoto, wrote: “The root problem with conventional currency is all the trust that’s required to make it work. The central bank must be trusted not to debase the currency, but the history of fiat currencies is full of breaches of that trust. Banks must be trusted to hold our money and transfer it electronically, but they lend it out in waves of credit bubbles with barely a fraction in reserve. We have to trust them with our privacy, trust them not to let identity thieves drain our accounts.” [4] The 2009 publication of the Bitcoin Whitepaper, [5] with its cautionary tales about centralized structures appropriating technologies, stated that people’s trust in banks had become obsolete.

Distributed ledgers allow parties to transact securely without centralized databases or single points of failure. They are the underlying accounting technology that allows cryptocurrencies like Bitcoin to operate without a central bank. In this way, they are not dependent on corruptible (read, human) overseers: all transactions are consensually validated by all nodes in the network.

What is blockchain? Still baffled? Above is a short video explanation. Want even shorter explanations, each with their own biases. You can also view this video or this other one too.

Accounting technologies have been vital in historical economic transformations. There is a theory that the development of modern double-entry bookkeeping in Genoa, Florence, and Venice during the 13th to 15th centuries enabled the transition to capitalism and the rise of the merchant class. [7] From clay tablets in Mesopotamia to the knotted strings of the Inca Quipucamayoc, accounting is a technology [8] and its power to change derives from its embedded values and affordances. [9]

The affordances of trustlessness (removing the need for centralized, State or 3rd party validation) would expand the scope of the blockchain.

Beyond Bitcoin, the new cryptographic, digital ledgers spawned a new type of organization that would maximize the possibilities of trustlessness. This is the Decentralized Autonomous Organization, or DAO. [10]

DAOs are blockchain-based entities that can operate autonomously to execute payments, levy penalties, and enforce terms and contracts with minimal human interaction, like a virtual robot that can automate governance processes and execute investments and payments for an individual or organization.

While this may be a simplification of blockchain and DAOs’ possibilities, it is still important to understand the values behind them, and here is where it gets problematic.

While there are many exciting aspects to this technology, DAO projects have mostly focused on speculative assets, tokenization and outsized promises of disruption, while reproducing many of the power dynamics of the normative systems they aim to disrupt and decentralize. The bitcoin community, for example, is 91% men, while 96% of Ethereum users are male.

There is also a notable lack of political and historical awareness of the movements that prefigured the dynamics of decentralization, [11] which could benefit from the advantages offered by DAOs. [12]

Explanations of DAOs (like blockchains) often range from too deeply technical to over-simplified and incomplete. The short video explainer above by The Blu Mantic strikes a happy middle ground.

By design, DAOs can earn their own money, and contract and pay for services — they can actually create and wield their own economic power, according to the interests of their programmers.

As mentioned before, technology doesn’t develop itself, it’s built by people and companies with specific worldviews and intentions which underlie the aims of the code. With blockchain investments in the billions of USD being made by mega-corporations like IBM, HSBC, Facebook, Goldman Sachs and others, there is a very real danger that the future of these decentralized autonomous organizations will reproduce and amplify existing inequalities and power dynamics.

Imagine DAOs that automate and augment mass surveillance, economic tyranny and the suppression of dissent. Sound dystopian? Take a look at some of the investors listed above and engage in some speculative thinking about their means, motives and objectives.

And while DAOs and the blockchain are being hailed as the next big disruption to our economic realities, [13] this supposed disruption is still limited by several key factors. It’s difficult to navigate the proliferation of immature technologies. Uses of blockchain and DAOs do nothing to address the basic structural realities; in fact, they may even reinforce them. Early investors with their associated privileges, and highly tech literate individuals are given undue advantage.

The promise of decentralization fails as the networks and implementations form centrally around those investors. Meanwhile, the three pillars of present centralization and hierarchy, i.e., the patriarchy, capitalism and colonialism, are rarely acknowledged or addressed.

Developed (and invested on) unchecked, the affordances of the blockchain and DAOs could usher an algorithmically executed political economy, where legal recourse, human realities and divergences from the code can simply be ignored. Sometimes, the more things change, the worse they get.

To use disruptive technology for a wider benefit, we need counter-cultural alternatives to leverage the positive aspects of DAOs for radically different economic and social ends. Our proposal is the DisCO form of distributed cooperative organization.

How to Account for the Future of work is the first chapter of Groove is in the Heart: The DisCO Elements, which is currently being serialised on Hackernoon.

DisCO stands for “Distributed Cooperative Organization” and it is a feminist, cooperative and commons-oriented alternative to the mainstream DAOspace. The DisCO Elements is a non-linear introduction to the “hows” of DisCO. Click here to download the full PDF or EPub with extra content or watch the video trailer below: