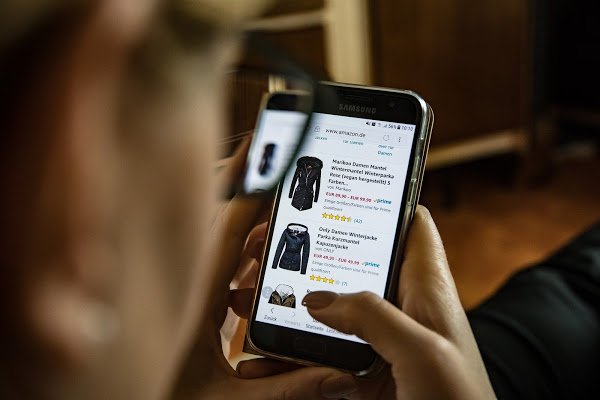 An anonymous user offered 14 million data from Amazon and eBay accounts on a prominent hacking website for dissemination. The details seem to have been obtained from customers of Amazon or eBay having accounts from 18 countries between 2014-2021.

In Seattle, USA- focused on e-commerce, cloud computing, internet streaming, and artificial intelligence, Amazon.com Inc. is an international corporation based in Washington. Founded in 1994, the business was named “one of the most influential economic and cultural forces in the world” as well as the most valuable brand in the world. Whereas eBay Inc. is also a U.S. international e-commerce company headquartered in San Jose, California that allows transactions and sales to customers and companies through its website. eBay was founded in 1995 by Pierre Omidyar and became a remarkable success story for the dot-com bubble.

The database acquired by the hacker was sold for 800 dollars where the accounts were divided through each country. The details leaked contain the entire customer name, mailing code, shipping address and store name, and a telephone number list of 1.6 million users. Although two copies had already been sold, the blog publisher has now closed the deal.

The way the blog-publisher has acquired data is at present- unclear. Though the firm researching this incidence did not independently check or validate that Amazon or eBay data were certainly from the 2014-2021 period. A representative of Amazon said that the allegations had been reviewed with no evidence of any data violation.

Also, it is more probable that Amazon or eBay have not experienced any infringements. Instead, a common form of password spraying was presumably used by the threat actor to get the passwords. Spraying passwords is an attack attempting to enter a wide number of accounts with a few popular passwords (usernames). Standard attacks by brute forces seek to enter a single account by guessing the password.

Fortunately, highly confidential material, including billing records, national ID numbers, or even e-mail addresses, does not exist on the server. However, the data being sold at this time is also potentially vulnerable and can be used for a range of reasons, such as doxing users by public dissemination of private data (e.g. sensitive things that nobody needs to hear about). The data may also be exploited by cybercriminals for purposes of creating a spam list or business intelligence.