One of them, issued on Wednesday, said the agency’s National Coordination Center for Cybersecurity (NCCC) had observed attempts to deliver malicious documents through the System of Electronic Interaction of Executive Bodies (SEI EB), which is used by many government organizations for sharing documents.

The NSDC said the malicious documents contained macro code designed to download a piece of malware that would allow the attackers to remotely control the compromised device. 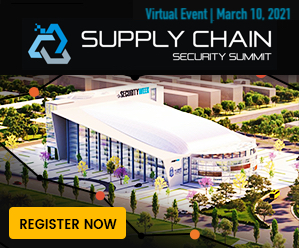 The agency said it had linked the attack to “one of the hacker spy groups from the Russian Federation.” The incident was described as a supply chain attack and compared to the NotPetya attack of 2017 and the recently disclosed SolarWinds incident.

The NSDC has shared a handful of indicators of compromise related to this attack, including a domain and an IP address. Both appear to have been used by Gamaredon (aka Primitive Bear), a Russia-linked threat actor that, according to a recent report from Cisco, conducts its own operations, but also acts as a hack-for-hire group for other advanced persistent threat (APT) actors. Many of Gamaredon’s operations have focused on Ukraine.

Another press release, issued on Monday, said the NCCC had been seeing “massive DDoS attacks” since February 18. The attacks were aimed at websites related to the security and defense sectors, as well as other government organizations and “strategic enterprises.”

While the agency did not say the Russian government was behind these attacks, it said the attacks originated from IP addresses associated with “certain Russian traffic networks.”