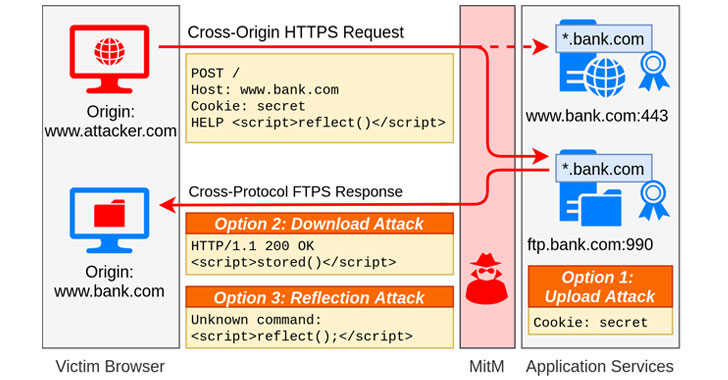 Researchers have disclosed a new type of attack that exploits misconfigurations in transport layer security (TLS) servers to redirect HTTPS traffic from a victim’s web browser to a different TLS service endpoint located on another IP address to steal sensitive information.

The attacks have been dubbed ALPACA, short for “Application Layer Protocol Confusion – Analyzing and mitigating Cracks in tls Authentication,” by a group of academics from Ruhr University Bochum, Münster University of Applied Sciences, and Paderborn University.

“Attackers can redirect traffic from one subdomain to another, resulting in a valid TLS session,” the study said. “This breaks the authentication of TLS and cross-protocol attacks may be possible where the behavior of one protocol service may compromise the other at the application layer.”

TLS is a cryptographic protocol underpinning several application layer protocols like HTTPS, SMTP, IMAP, POP3, and FTP to secure communications over a network with the goal of adding a layer of authentication and preserving integrity of exchanged data while in transit.

ALPACA attacks are possible because TLS does not bind a TCP connection to the intended application layer protocol, the researchers elaborated. The failure of TLS to protect the integrity of the TCP connection could therefore be abused to “redirect TLS traffic for the intended TLS service endpoint and protocol to another, substitute TLS service endpoint and protocol.”

Given a client (i.e., web browser) and two application servers (i.e., the intended and substitute), the goal is to trick the substitute server into accepting application data from the client, or vice versa. Since the client uses a specific protocol to open a secure channel with the intended server (say, HTTPS) while the substitute server employs a different application layer protocol (say, FTP) and runs on a separate TCP endpoint, the mix-up culminates in what’s called a cross-protocol attack. 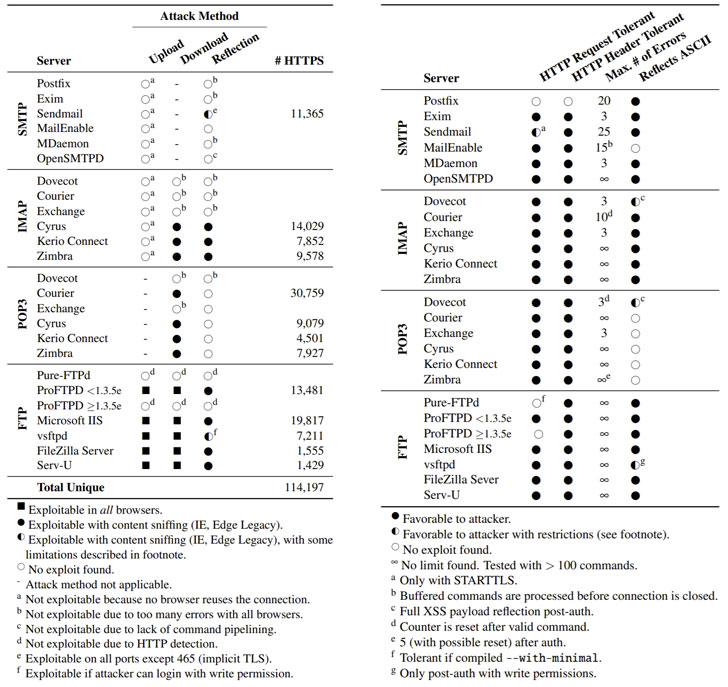 At least three hypothetical cross-protocol attack scenarios have been uncovered, which can be leveraged by an adversary to circumvent TLS protections and target FTP and email servers. The attacks, however, hinge on the prerequisite that the perpetrator can intercept and divert the victim’s traffic at the TCP/IP layer.

Put simply, the attacks take the form of a man-in-the-middle (MitM) scheme wherein the malicious actor entices a victim into opening a website under their control to trigger a cross-origin HTTPS request with a specially crafted FTP payload. This request is then redirected to an FTP server that uses a certificate that’s compatible with that of the website, culminating in a valid TLS session.

Consequently, the misconfiguration in TLS services can be exploited to exfiltrate authentication cookies or other private data to the FTP server (Upload Attack), retrieve a malicious JavaScript payload from the FTP server in a stored XSS attack (Download Attack), or even execute a reflected XSS in the context of the victim website (Reflection Attack).

All TLS servers that have compatible certificates with other TLS services are expected to be affected. In an experimental setup, the researchers found that at least 1.4 million web servers were vulnerable to cross-protocol attacks, with 114,197 of the servers considered prone to attacks using an exploitable SMTP, IMAP, POP3, or FTP server with a trusted and compatible certificate.

To counter cross-protocol attacks, the researchers propose utilizing Application Layer Protocol Negotiation (ALPN) and Server Name Indication (SNI) extensions to TLS that can be used by a client to let the server know about the intended protocol to be used over a secure connection and the hostname it’s attempting to connect to at the start of the handshake process.

The findings are expected to be presented at Black Hat USA 2021 and at USENIX Security Symposium 2021. Additional artifacts relevant to the ALPACA attack can be accessed via GitHub here.