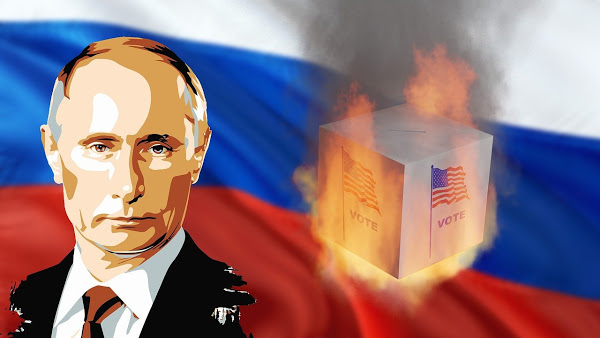 Russian President Vladimir Putin said that the US accusations against Russia, including cyber attacks and election interference, are groundless, the US side has never provided any evidence.

“We are accused of a variety of things: interference in elections, cyber attacks, and so on. And they [the accusers] did not bother to provide any evidence. Just baseless accusations,” he said, calling statements about Russia’s involvement in cyber attacks in the United States a farce.

“The issue of cybersecurity is one of the most important today because all sorts of shutdowns of entire systems lead to very serious consequences, and this is possible,” the Russian leader said in an interview with the program “Moscow. The Kremlin. Putin” of the Russia-1 TV channel.

According to Putin, the Russian Federation will be ready to extradite cybercriminals to the United States if the American side also extradites criminals to Russia.

He stressed that such agreements are expressed in the relevant interstate agreements, where the parties undertake certain obligations.

“And they are in the vast majority of cases equivalent. Both sides assume the same obligations,” Putin explained.

On June 4, Putin called the accusations of cyber attacks on American companies made against Moscow ridiculous and suggested that the situation could have been provoked to increase disagreements in connection with the upcoming meeting with US President Joe Biden. The press secretary of the Russian leader Dmitry Peskov assured that Moscow will promptly consider the appeals of the American side in connection with the hacker attack on the JBS enterprises if such requests are received. He also stressed that Russia does not have data on the organizers of cyber attacks on JBS.

Putin did not rule out that Western intelligence services, including American ones, may conduct activities against Russia in the cyber sphere.

“I am not afraid of this, but I do not rule out that it may be so,” the Russian leader said.

“What the US is afraid of may pose a threat to us. NATO has declared cyberspace a war zone. They are planning something, and this cannot but worry us,” the Russian president added.