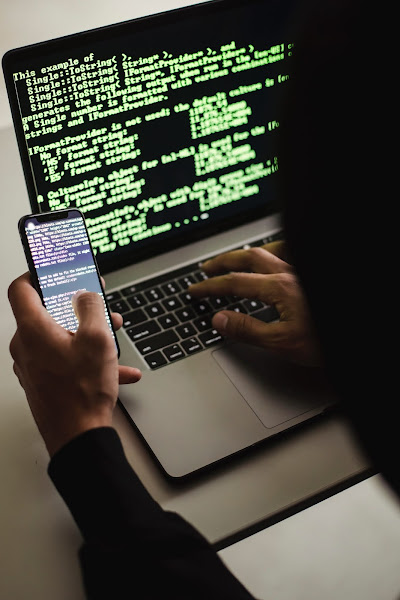 The ransomware gang Ragnar Locker implements a new strategy, which forces victims to pay the ransom and threatens to expose their stolen data if victims approach the FBI. Earlier, Ragnar Locker has struck notable ransomware attacks on various companies to extract millions of dollars in ransom payments.

Ragnar Locker perpetrators are believed to deploy payloads of the ransomware to the victim’s computers manually. They spend time recognizing system resources, business backups, and other critical files before the data encryption phase.

This week, the organization threatened to release complete information on victims seeking the aid and assistance of the police and investigating authorities amid a ransomware attack in an annunciation on the darknet leak portal of Ragnar Locker.

The threat is equally applicable to individuals who approach file recovery experts to try to decode files and later on negotiate. In any case, the gang will expose the entire data of the victims on their .onion site.

The Ransomware administrator says that the process of recovery is only worsened by affected companies who hire “professional negotiators” It is because these negotiators typically collaborate with FBI-associated data retrieval businesses and equivalent organizations.

“In our practice we has facing with the professional negotiators much more often in last days,” the announcement said in broken-English-ese. “Unfortunately it’s not making the process easier or safer, on the contrary it’s actually makes all even worse.”

“So from this moment we warn all our clients, if you will hire any recovery company for negotiations or if you will send requests to the Police/FBI/Investigators, we will consider this as a hostile intent and we will initiate the publication of whole compromised Data immediately. Don’t think please that any negotiators will be able to deceive us, we have enough experience and many ways to recognize such a lie. Dear clients if you want to resolve all issues smoothly, don’t ask the Police to do this for you. We will find out and punish with all our efforts,” further reads the announcement.

Such dealers are either connected to or interact personally with law enforcement officials, the gang claims. In any case, they are in it and do not care about the economic well-being of their customers or their data privacy, stated the organization.

The previous victims of Ragnar Locker included the Japanese game maker Capcom, ADATA manufacturer of computer chips, and the Dassault Falcon airline company. In Capcom’s case, 2,000 devices were supposedly encoded and the attacker demanded $11.000,000 for a decryption key in return.

Ragnar Locker’s latest revelation induces further stress for victims, given that governments across the world have strongly advocated against paying ransoms in the present climate of escalating cyber threats.

“Government has a strong position against paying ransoms to criminals, including when targeted by ransomware. Paying a ransom in response to ransomware does not guarantee a successful outcome,” said the British Home Secretary, Priti Patel in May this year.