A high-severity code injection vulnerability has been disclosed in 23andMe’s Yamale, a schema and validator for YAML, that could be trivially exploited by adversaries to execute arbitrary Python code.

The flaw, tracked as CVE-2021-38305 (CVSS score: 7.8), involves manipulating the schema file provided as input to the tool to circumvent protections and achieve code execution. Particularly, the issue resides in the schema parsing function, which allows any input passed to be evaluated and executed, resulting in a scenario where a specially-crafted string within the schema can be abused for the injection of system commands.

Yamale is a Python package that allows developers to validate YAML — a data serialization language often used for writing configuration files — from the command line. The package is used by at least 224 repositories on GitHub.

“This gap allows attackers that can provide an input schema file to perform Python code injection that leads to code execution with the privileges of the Yamale process,” JFrog Security CTO Asaf Karas said in an emailed statement to The Hacker News. “We recommend sanitizing any input going to eval() extensively and — preferably — replacing eval() calls with more specific APIs required for your task.”

Following responsible disclosure, the issue has been rectified in Yamale version 3.0.8. “This release fixes a bug where a well-formed schema file can execute arbitrary code on the system running Yamale,” the maintainers of Yamale noted in the release notes published on August 4.

The findings are the latest in a series of security issues uncovered by JFrog in Python packages. In June 2021, Vdoo disclosed typosquatted packages in the PyPi repository that were found to download and execute third-party cryptominers such as T-Rex, ubqminer, or PhoenixMiner for mining Ethereum and Ubiq on compromised systems. 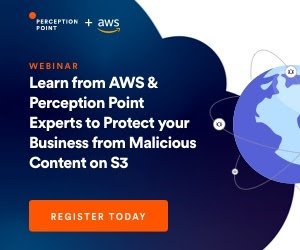 Subsequently, the JFrog security team discovered eight more malicious Python libraries, which were downloaded no fewer than 30,000 times, that could have been leveraged to execute remote code on the target machine, gather system information, siphon credit card information and passwords auto-saved in Chrome and Edge browsers, and even steal Discord authentication tokens.