Honeywell Quantum Solutions and Cambridge Quantum on Tuesday announced that they have merged to create Quantinuum, which they have described as the “world’s largest integrated quantum computing company.”

Honeywell Quantum Solutions specialized in quantum hardware, while Cambridge Quantum focused on software, operating systems and cybersecurity. The goal of the merger is to boost development and innovation in the field of quantum computing. 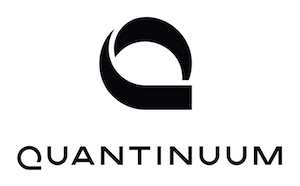 Quantinuum is planning to launch a quantum cybersecurity product this month. Sometime in 2022, it also wants to release an enterprise software package that leverages quantum computing to solve complex scientific problems in various fields, including pharmaceuticals, specialty chemicals, and materials science.

“The next few weeks and months are going to be extremely active for Quantinuum as we increase the pace in deriving unique value from today’s quantum computers, especially in cybersecurity,” said Tony Uttley, president and COO of Quantinuum. “However, in addition to cybersecurity, our products will include solutions for drug discovery and drug delivery, materials science, finance, natural language processing, as well as optimization, pattern recognition, and supply chain and logistics management.”

Honeywell announced that its quantum computing division would become a separate entity and that it would merge with Cambridge Quantum roughly six month ago.

Honeywell will own a majority stake in Quantinuum (54 percent) and it will supply the company’s proprietary ion-traps. The industrial giant has also invested roughly $300 million in the new venture.

Quantinuum employs nearly 400 people in the United Kingdom, United States, Japan and Germany. The company’s European HQ is in Cambridge, UK, and its North American HQ is in Colorado.

Related: The Promise and Threat of Quantum Computing