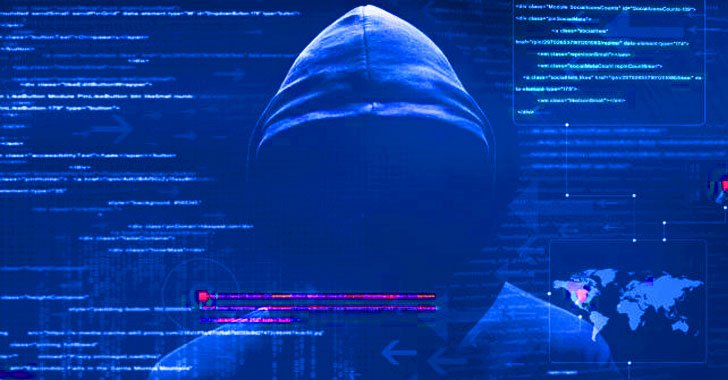 Infection chains associated with the multi-purpose Qakbot malware have been broken down into “distinct building blocks,” an effort that Microsoft said will help to detect and block the threat in an effective manner proactively.

The Microsoft 365 Defender Threat Intelligence Team dubbed Qakbot a “customizable chameleon that adapts to suit the needs of the multiple threat actor groups that utilize it.”

Qakbot is believed to be the creation of a financially motivated cybercriminal threat group known as Gold Lagoon. It is a prevalent information-stealing malware that, in recent years, has become a precursor to many critical and widespread ransomware attacks, offering a malware installation-as-a-service that enables many campaigns.

First discovered in 2007, the modular malware — like TrickBot — has evolved from its early roots as a banking trojan to become a Swiss Army knife capable of data exfiltration and acting as a delivery mechanism for the second stage payloads, including ransomware. Also notable is its tactic of hijacking victims’ legitimate email threads from Outlook clients via an Email Collector component and using those threads as phishing lures to infect other machines.

“Compromising IMAP services and email service providers (ESPs), or hijacking email threads allows attackers to leverage the trust a potential victim has in people they have corresponded with before, and it also allows for the impersonation of a compromised organization,” Trend Micro researchers Ian Kenefick and Vladimir Kropotov detailed last month. “Indeed, intended targets will be much more likely to open emails from a recognized sender.”

Qakbot activity tracked by the cybersecurity firm over a seven month period between March 25, 2021, and October 25, 2021, show that the U.S., Japan, Germany, India, Taiwan, Italy, South Korea, Turkey, Spain, and France are the top targeted countries, with the intrusions primarily striking telecommunications, technology, and education sectors.

More recently, spam campaigns have resulted in the deployment of a new loader called SQUIRRELWAFFLE that enables the attackers to gain an initial foothold into enterprise networks and drop malicious payloads, such as Qakbot and Cobalt Strike, on infected systems. 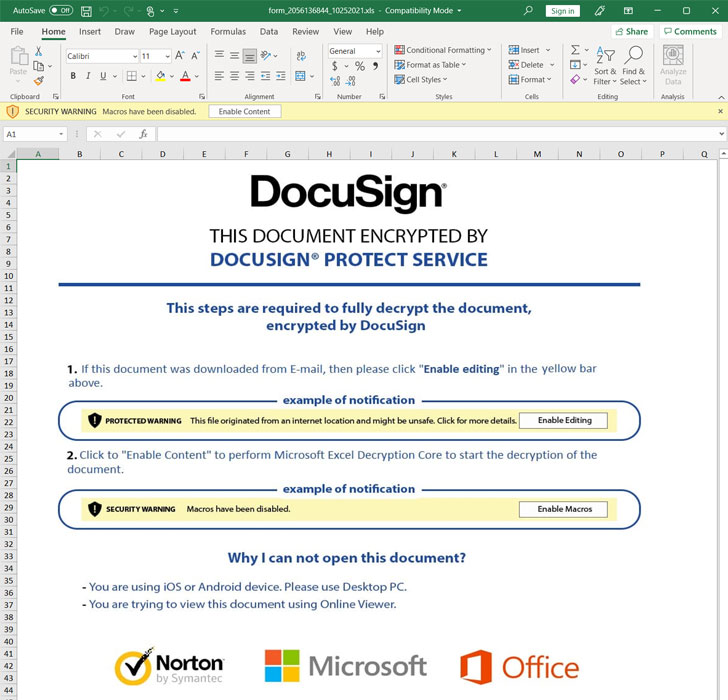 Now according to Microsoft, the attack chains involving Qakbot comprise of several building blocks that chart the various stages of the compromise, right from the methods adopted to distribute the malware — links, attachments, or embedded images — before carrying out an array of post-exploitation activities such as credential theft, email exfiltration, lateral movement, and the deployment of Cobalt Strike beacons and ransomware.

The Redmond-based company noted that Qakbot-related emails sent by the attackers may, at times, come with a ZIP archive file attachment that includes a spreadsheet containing Excel 4.0 macros, an initial access vector that’s widely abused in phishing attacks. Regardless of the mechanism employed to deliver the malware, the campaigns have in common their use of malicious Excel 4.0 macros.

While macros are turned off by default in Microsoft Office, recipients of the email messages are prompted to enable the macro to view the document’s actual content. This triggers the next phase of the onslaught to download the malicious payloads from one or more attacker-controlled domains.

More often than not, Qakbot is just the first step in what’s part of a larger attack, with the threat actors using the initial foothold facilitated by the malware to install additional payloads or sell the access to the highest bidder on underground forums who can then leverage it for their own ends. In June 2021, enterprise security company Proofpoint revealed how ransomware actors are increasingly shifting from using email messages as an intrusion route to purchasing access from cybercriminal enterprises that have already infiltrated major entities.

“Qakbot’s modularity and flexibility could pose a challenge for security analysts and defenders because concurrent Qakbot campaigns could look strikingly different on each affected device, significantly impacting how these defenders respond to such attacks,” the researchers said. “Therefore, a deeper understanding of Qakbot is paramount in building a comprehensive and coordinated defense strategy against it.”