GE Digital has released patches and mitigations for two high-severity vulnerabilities affecting its Proficy CIMPLICITY HMI/SCADA software, which is used by plants around the world to monitor and control operations.

The flaws were found by industrial cybersecurity firm OTORIO, which this week published a brief blog post describing the issues. GE and the U.S. Cybersecurity and Infrastructure Security Agency (CISA) have released separate advisories for each of the vulnerabilities. 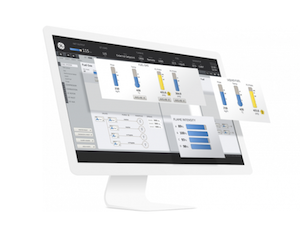 One of the security holes, tracked as CVE-2022-23921, can be exploited for privilege escalation and remote code execution. However, successful exploitation requires access to the device running Proficy CIMPLICITY and the targeted server must not be running a project and it must be licensed for multiple projects. GE has released an update that should patch this vulnerability.

“CVE-2022-23921 may allow an attacker with a limited access to the CIMPLICITY server to escalate privileges by dropping a malicious file within the CIMPLICITY runtime project,” Matan Dobrushin, VP of research at OTORIO, told SecurityWeek.

The second issue, identified as CVE-2022-21798, is related to the transmission of credentials in clear text. An attacker who can capture the credentials through a man-in-the-middle (MitM) attack can use them to authenticate to the HMI and obtain information about alerts and other parts of the system. GE said an attacker — in some cases — may also be able to change values in the system.

“Given CIMPLICITY’s central role in OT environments, the two vulnerabilities introduce a huge disruptive impact potential on this operational server. We can assume that if and when attackers establish a foothold in the network, CIMPLICITY will be on top of their list,” OTORIO warned in its blog post.

GE said users can prevent exploitation of CVE-2022-21798 by enabling encrypted communications. In fact, OTORIO noted that both vulnerabilities can be mitigated if the server has a secure configuration. The company noted, however, that this is often not the case.

[ READ: Here’s How Flaws in GE Relays Could Be Exploited in Real World Attacks ]

This is not the first time OTORIO has looked into the security of GE CIMPLICITY. The company last year released an open source hardening tool designed to help organizations secure their GE CIMPLICITY systems. GE has also advised customers to use the OTORIO tool.

It’s important that industrial organizations do not ignore these types of vulnerabilities. CIMPLICITY products have been targeted as part of sophisticated attacks linked to state-sponsored threat actors.