The Golden Hour of Incident Response 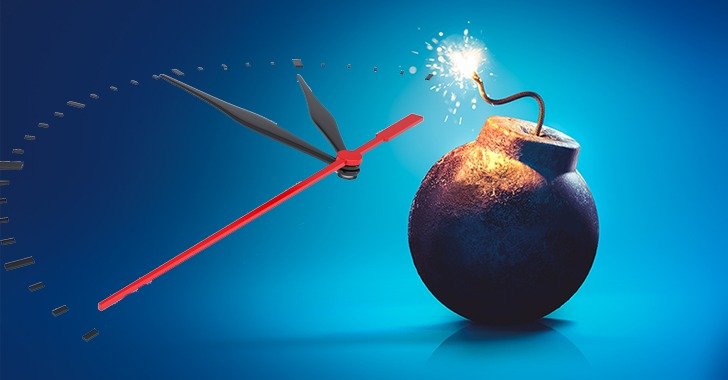 As a CSIRT consultant, I cannot overemphasize the importance of effectively managing the first hour in a critical incident.

Finding out what to do is often a daunting task in a critical incident. In addition, the feeling of uneasiness often prevents an incident response analyst from making effective decisions. However, keeping a cool head and actions planned out is crucial in successfully handling a security incident. This blog will elaborate on some key points to help readers facilitate better incident response procedures.

Before taking on any incidents, security analysts would need to know a great deal of information. To start off, incident response analysts need to familiarize themselves with their roles and responsibilities. IT infrastructure has evolved rapidly over the past years. For example, we observed increasing movement to cloud computing and data storage. The fast-changing IT environment frequently requires analysts to update their skill sets, such as learning about cloud security. Consequently, analysts will need to have hands-on practice and maintain a complete picture of the topology of all systems. In the real world, external CSIRT analysts should quickly identify all assets under their responsibility. At the same time, the in-house CSIRT analysts should also actively participate in the vulnerability management and the discovery scanning processes.

The quality of collected information determines the outcomes of incident response. In addition, the CSIRT analysts would also need to understand the threats they will be facing. As defensive cyber security technologies are upgraded each day, the threat actors are poised to evolve. For example, according to a paper in 2020, four out of the top ten active ransomware actors are now using the “Ransomware as a service” business model [1]. This pattern denotes that malicious actors will more easily deploy ransomware because of the lack of technical requirements to leverage such attacks. After all, CSIRT teams need to identify the primary threats they are likely to encounter.

For example, a CSIRT specialist may see common malware and conclude that no additional threats exist. But when this situation arises for more sensitive scenarios, such as an attack in the energy sector, they will have to think critically and look out for unconventional attack methods. To effectively prepare for incident response, the analysts need to be familiar with the infrastructure they will be working with and the cyber security threat landscape they will be facing.

Get robust procedures in place

Knowing is only half the battle. When the alert sounds, we need to calm ourselves quickly and plan to answer the first question, “what should I do in the first hour?” The paper “Phases of a Critical Incident” refers to the first hour in a critical incident as the “crisis phase” and is “characterized by confusion, panic, rush to the scene, and gridlock.”[2] Well-rehearsed CSIRT analysts do well to exercise discernment in their investigation.

On the other hand, in many scenarios, they may be prone to the obscurity of information, the inability to effectuate a solution in a limited time frame, and lack of operational jurisdiction. In such times, the incident response team must take matters into their own hands, clearly express their professional knowledge, and push through with their operations.

When performing the investigation and root-cause analysis, the incident response team often gets stuck on finding missing pieces of the puzzle. These difficulties lead to doubt and indecision.

In such events, the analysts often speculate the incident to be caused by one or more possibilities of a breach without certainty. In these circumstances, it’s advised for them to assume the most likely cause and act accordingly. In the first hour, time is imperative. Like taking an exam, where time is limited, skip the questions you’re stuck on first.

Nowadays, the incident response containment process is often simplified due to the widely adopted Endpoint Detection and Response (EDR) technologies, which offer network containment capabilities at the push of a button. Nonetheless, even with traditional network containment tools, containing the network is not always an easy one. People do not always choose the safer option when it is available. But as the saying goes, it’s always better to be safe than sorry!

Find out what really happened and close the gaps

Perhaps after one hour, there are still pieces of the puzzle left missing. Now it’s a good idea to take some time and reflect upon all the possibilities and work down a list.

For example, I handled a security incident where the attacker launched a reverse shell on a server. I immediately decided to contain the server and gathered all evidence. But my teammates and I still couldn’t figure out how the server was compromised, so we made a list of all the accessible services and examined relevant logs for each service.

Initial speculations put an IT operation tool as the indicator of compromise. But eventually, we overrode this speculation by crossing out all possibilities and concluded that there must be an inherent security flaw in its web service.

From time to time, during the post-breach analysis, CSIRT analysts may encounter setbacks in connecting the dots. But the truth will always prevail with enough patience and a correct mindset.

What you should consider

In conclusion, effectively managing the crucial one-hour time interval after a critical incident requires more than learning on the spot.

In addition to technical specialties, experienced CSIRT analysts will also benefit from extensive preparation on their assets and their adversaries, prioritization of tasks and making quick decisions when required, as well as being able to discern down-to-earth facts using the process of elimination.

This is just another excerpt of the stories in the Security Navigator. Other interesting stuff like actual CSIRT- and pentesting operations, as well as tons of facts and figures on the security landscape in general can be found there as well. The full report is available for download on the Orange Cyberdefense website, so have a look. It’s worth it!

Note — This article was written and contributed by Tingyang Wei, Security Analyst at Orange Cyberdefense.