Researchers from the University of Oxford in the UK and Switzerland’s Armasuisse federal agency have identified a new attack method that can be used to remotely interrupt the charging of electric vehicles.

The attack method, named Brokenwire, involves wirelessly sending malicious signals to the targeted vehicle in order to cause electromagnetic interference and disrupt the charging session. 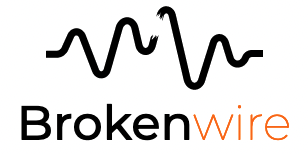 The attack targets the Combined Charging System — a widely used DC rapid charging technology — and it interrupts the communication between the charger and the vehicle.

The researchers pointed out that the Brokenwire attack only works against DC rapid chargers. Home charging stations, which typically use AC charging, are not impacted as they use different communication standards.

During their experiments, the researchers managed to reproduce the method against seven types of vehicles and 18 chargers, at distances of up to 47 m (150 feet) using a software-defined radio, a 1 W RF amplifier, and a dipole antenna. They demonstrated that the attack works between different floors of a building and through perimeter fences, and drive-by attacks are possible as well.

Brokenwire, which they described as a stealthy and scalable attack, affects not only electric cars, but also electric ships, airplanes and heavy duty vehicles.

“Brokenwire has immediate implications for many of the around 12 million battery EVs on the roads worldwide — and profound effects on the new wave of electrification for vehicle fleets, both for private enterprise and crucial public services,” the researchers said.

“While it may only be an inconvenience for individuals, interrupting the charging process of critical vehicles, such as electric ambulances, can have life-threatening consequences,” they warned.

Once an attack has been launched, the targeted vehicle will not charge until the attack stops and the vehicle is manually reconnected to the charging station. The experts noted that while the attack can be used to interrupt charging sessions, it does not appear to cause any permanent damage to the targeted systems.

The researchers have reported their findings to affected manufacturers and some technical details about the attack have not been publicly disclosed to prevent abuse. They noted that an attack can be conducted using off-the-shelf radio equipment, with minimal technical knowledge.