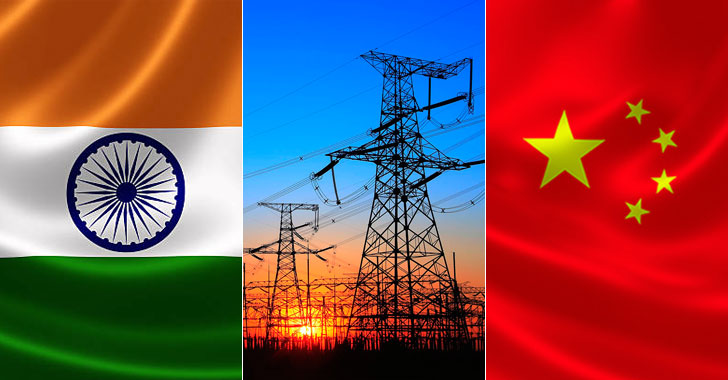 China-linked adversaries have been attributed to an ongoing onslaught against Indian power grid organizations, one year after a concerted campaign targeting critical infrastructure in the country came to light.

Most of the intrusions involved a modular backdoor named ShadowPad, according to Recorded Future’s Insikt Group, a sophisticated remote access trojan which has been dubbed a “masterpiece of privately sold malware in Chinese espionage.”

“ShadowPad continues to be employed by an ever-increasing number of People’s Liberation Army (PLA) and Ministry of State Security (MSS)-linked groups, with its origins linked to known MSS contractors first using the tool in their own operations and later likely acting as a digital quartermaster,” the researchers said.

The goal of the sustained campaign, the cybersecurity company said, is to facilitate intelligence gathering pertaining to critical infrastructure systems in preparation for future contingency operations. The targeting is believed to have commenced in September 2021.

The attacks took aim at seven State Load Despatch Centres (SDLCs) located primarily in Northern India, in particular those close to the disputed India-China border in Ladakh, with one of the targets victimized in a similar attack disclosed in February 2021 and attributed to the RedEcho group.

The 2021 RedEcho attacks involved the compromise of 10 distinct Indian power sector organizations, including six of the country’s regional and state load despatch centres (RLDC), two ports, a nation power plant, and a substation. 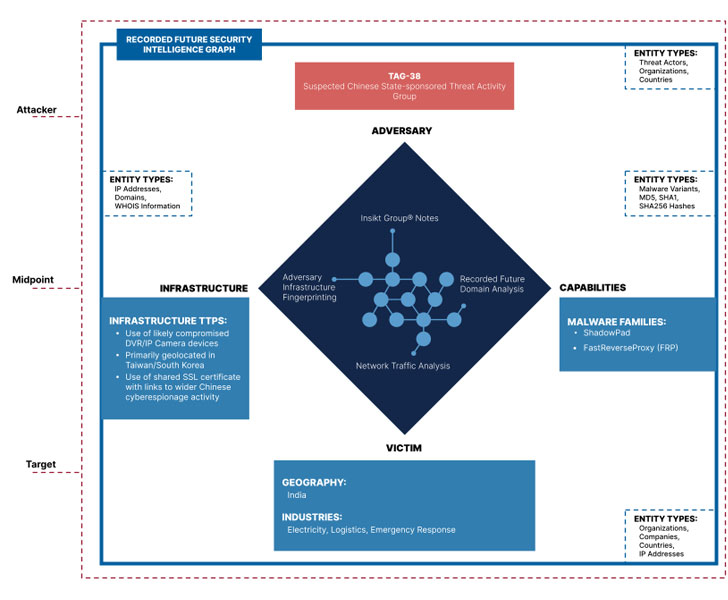 Recorded Future linked the latest set of malicious activities to an emerging threat cluster it’s tracking under the moniker Threat Activity Group 38 aka TAG-38 (similar to the UNC#### and DEV-#### designations given by Mandiant and Microsoft), citing “notable distinctions” from that of the previously identified RedEcho TTPs.

In addition to attacking power grid assets, TAG-38 impacted a national emergency response system and the Indian subsidiary of a multinational logistics company.

Although the initial infection vector used to breach the networks is unknown, the ShadowPad malware on the host systems were commandeered by means of a network of infected internet-facing DVR/IP camera devices geolocated in Taiwan and South Korea.

“The use of ShadowPad across Chinese activity groups continues to grow over time, with new clusters of activity regularly identified using the backdoor as well as continued adoption by previously tracked clusters,” the researchers said, adding it’s monitoring at least 10 distinct groups with access to the malware.

Following the disclosure, India’s Union Power Minister R. K. Singh characterized the intrusions as unsuccessful “probing attempts” at hacking which happened in January and February, and that the government is constantly reviewing its cybersecurity mechanisms to bolster defenses.

China, for its part, reiterated that it “firmly opposes and combats all forms of cyber attacks” and that “cybersecurity is a common challenge facing all countries that should be jointly addressed through dialogue and cooperation.”

“Recently, Chinese cybersecurity companies released a series of reports, revealing that the U.S. government launched cyber attacks on many countries around the world, including China, seriously jeopardizing the security of critical infrastructure of these countries,” China’s Foreign Ministry spokesperson, Zhao Lijian, said.

“It is worth noting that many of U.S. allies or countries with which it cooperates on cyber security are also victims of U.S. cyber attacks. We believe that the international community, especially China’s neighboring countries, will keep their eyes wide open and make their own judgment on the true intentions of the U.S. side.”