Google and Mandiant separately called attention to a dramatic surge in the discovery of in-the-wild zero-day attacks and warned that nation-state APT actors, ransomware gangs and private mercenary exploit firms are burning through zero-days at record pace.

According to data from Google’s Project Zero outfit, there were 58 in-the-wild zero-day discoveries last year, the most ever recorded since the company started tracking the problem.

A separate report from Mandiant said its threat intelligence team monitored a whopping 80 zero-days exploited in 2021, more than double the previous record seen in 2019.

“As an industry we’re not making 0-day hard,” Project Zero’s Maddie Stone said in a note documenting the attacks seen in 2021. “Attackers are having success using vulnerabilities similar to what we’ve seen previously and in components that have previously been discussed as attack surfaces,” Stone added.

Stone, who tracks some zero-day activity on a public spreadsheet, said the noticeable increase shows that defenders are getting better at detecting and disclosing in-the-wild attacks but called on all vendors to adopt “industry standard behavior” to go public when there is evidence of exploitation before patches or mitigations are available.

Stone also called on all affected vendors and security researchers to share exploit samples or detailed descriptions of the exploit techniques seen in attacks and for the industry to focus on mitigating memory corruption vulnerabilities.

Out of the 58 in-the-wild zero-days observed by Project Zero in 2021, Stone noted that 39 vulnerabilities (67%) were memory corruption vulnerabilities. 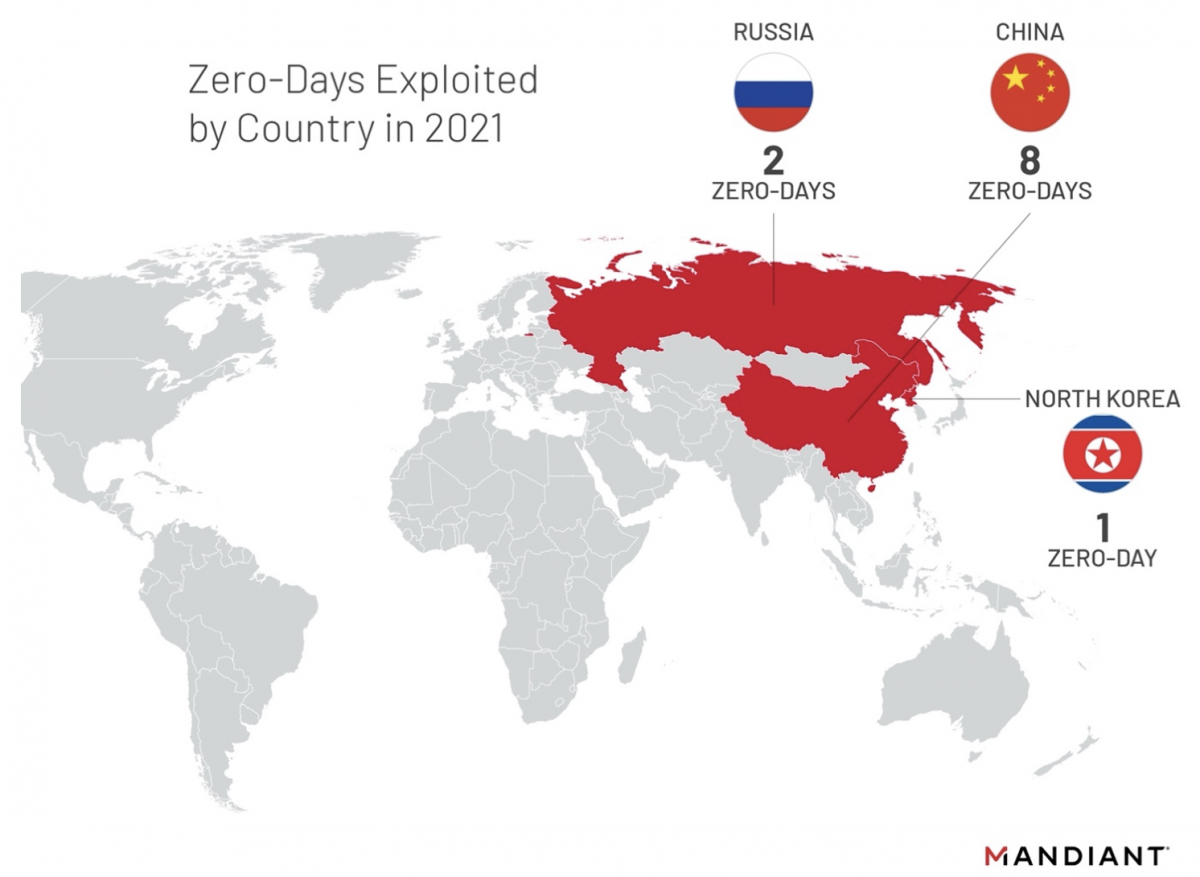 “From 2012 to 2021, China exploited more zero-days than any other nation. However, we observed an increase in the number of nations likely exploiting zero-days, particularly over the last several years, and at least 10 separate countries have likely exploited zero-days since 2012,” according to the Mandiant data.