Defending Your Business Against Russian Cyberwarfare 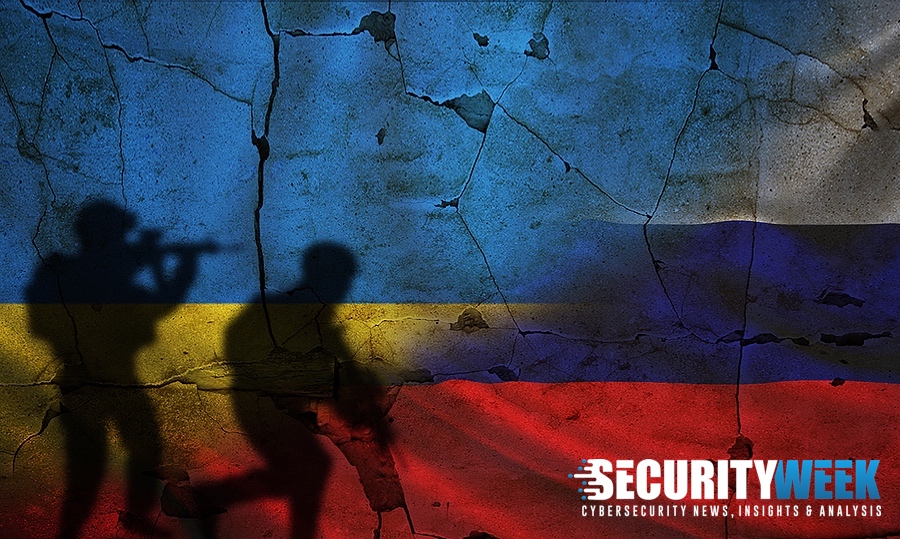 The eyes of the world are focused on the war in Ukraine. As expected, Russia has targeted Ukraine with cyberattacks first, and much of the West is wondering when Russia will also retaliate against countries supporting Ukraine. Most agree that some attacks are already in progress, and the attacks against western entities are sure to escalate as the war continues and more sanctions are put in place.

The first wave of companies targeted by the Russian state, and threat actors it supports, will be those that suspend Russian operations or take direct action to support Ukraine. Information operations and subversion against these companies will likely ensue. In the event of Russian cyberwarfare, reviewing the industries, styles, and objectives of their attacks can help organizations to prepare and implement more robust defenses. These defenses include actions both inside and outside an enterprise’s perimeter.

While we anticipate that companies openly assisting Ukrainians will be prioritized for Russian cyber attacks, it’s useful to be aware of the industries that have been targeted in the past year. You will note that governments, infrastructure, and technology services have consistently been the prime targets. 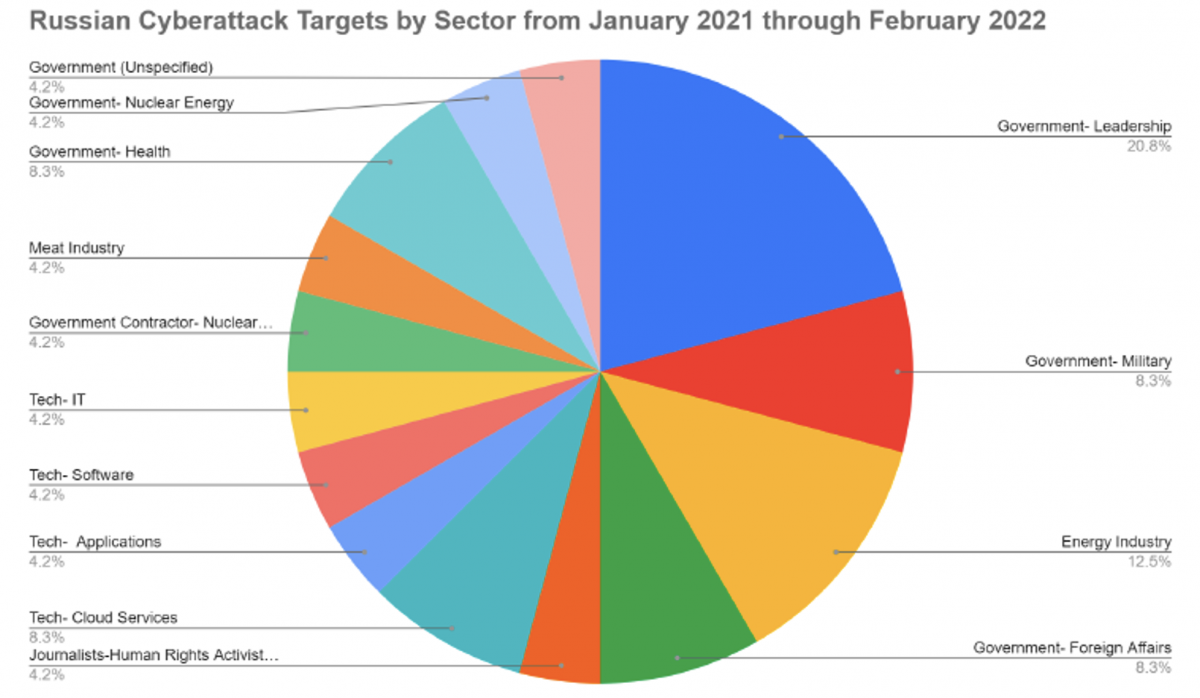 Graphic 1: Chart illustrating a sample of Russian cyber actors’ targets from January 2021 through February 2022, according to CSIS.

Russia-led cyberattacks have increased since the Russian invasion of Ukraine, and Russian cyber threat actors will likely use one or more of the following means to retaliate against companies and people on opposing sides of the war:

● Credential Stuffing – Another commonly used technique, which largely targets C-Suite executives and gamers for access to their accounts to gain access to privileged information and for financial gain

While these attacks are not new, they are increasingly concerning. For context, the following Russian-based actors conducted cyber attacks against public and private sector targets from January 2021 through February 2022 according to CSIS:

The Russian government and Russian cyber criminals targeted private industry in multiple incidents over the past year. Historically, these APT actors have used common but effective tactics—including spear phishing, brute force, and exploiting known vulnerabilities against accounts and networks with weak security—to gain initial access to target networks. We believe there are three primary objectives that will drive Russian cyber actors, both criminal and government, to target those networks:

● Retribution – In response to the support of the Ukrainian resistance, ransomware could increase, and in some cases, it is possible that ransom will no longer be a means of resolution. Businesses that have withdrawn operations from Russia may be threatened with an attack unless they agree to resume Russian operations.

With these objectives in mind, the following is a 3-step, best practice approach to proactively defend organizations, facilities, and people and prevent them from being successful targets:

● Conduct robust open-source and dark web monitoring, which may or may not include actor engagement, to determine the following:

Russia will try to inflict economic damage similar to the GRU-backed 2017 NotPetya attacks that resulted in worldwide revenue losses greater than $10 billion. Although Russia has not yet escalated cyberattacks– likely due to their focus on Ukrainian operations – we are likely to see Russian state sponsored attacks escalate as the West continues to increase sanctions and support Ukraine.

Landon Winkelvoss is Co-founder and VP of Security Strategy at Nisos.