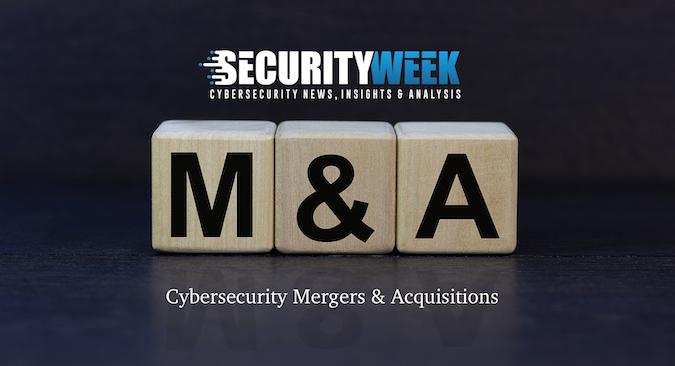 A SecurityWeek study showed that more than 430 cybersecurity mergers and acquisitions were announced in 2021.

Airbus Defence and Space has acquired Germany-based DSI Datensicherheit (DSI DS), a company that specializes in cryptography for space applications. The acquisition will help Airbus strengthen its cryptography capabilities and enhance the development of end-to-end secure systems. DSI DS will be fully owned by Airbus and it will operate under the name Aerospace Data Security.

Imprivata, a provider of digital identity solutions for mission- and life-critical industries, has purchased SecureLink, which specializes in access management for critical systems. The combination of the two companies enables them to deliver a platform for organizations to manage and secure all enterprise and third-party identities.

Software product engineering services company Innominds has announced acquiring Nymi, a Canada-based firm that has developed a secure wearable that enables users to connect to their workplace using contactless and passwordless technology. Nymi will become a wholly owned subsidiary of Innominds and it will continue to operate independently.

Water infrastructure operations company Inframark has announced buying industrial automation solutions provider BLTI. BLTI will join Inframark’s SCADA division and it will operate as an autonomous business unit. BLTI and the combined SCADA division will provide automation and cybersecurity solutions to facilities in the water and wastewater industry.

Kaseya is acquiring Datto for $6.2 billion in cash as part of a transaction that will be funded by an equity consortium led by Insight Partners. Both Kaseya and Datto provide IT management and security to managed service providers (MSPs). Kaseya said it will continue to maintain Datto’s brand, products, and services following the deal.

UK-based IT solutions distributor Nuvias Group has acquired Romania-based NetSafe Solutions, which specializes in the distribution of security, networking, wireless, MDM, storage and cloud security solutions. The deal helps Nuvias expand its portfolio and widen its coverage in Eastern Europe.

Swiss privacy solutions provider Proton has acquired France-based open source anonymous email service SimpleLogin. SimpleLogin, which becomes a complementary ProtonMail service, has been used by many ProtonMail users to prevent spammers from obtaining their email addresses. SimpleLogin will also continue to function as a separate service.

MDR company SilverSky has completed the acquisition of Cybraics, whose AI/ML-based behavioral analytics technology will help it enhance its threat hunting capabilities. In addition, the deal will help SilverSky expand its customer base in the federal market.

Security policy management firm Tufin has agreed to be acquired by investment firm Turn/River Capital for approximately $570 million in cash. The deal value could spike higher, as the agreement includes a 30-day “go-shop” period in which Tufin can receive other acquisition proposals.

Managed IT, security, and cloud management services provider Coretelligent has acquired tech firm Chateaux, which, among others, also provides cybersecurity services. Coretelligent said Chateaux complements its own services and solutions, and the acquisition will enable it to expand its offering.

Managed IT services provider CTI Technology has purchased MacHero, a company that provides Apple-centric technology consulting and managed IT services to businesses. CTI said the deal will help it expand its managed services capabilities, particularly in cybersecurity.

Logging and security analytics company Devo has acquired threat hunting firm Kognos. The goal is to deliver an “autonomous SOC,” with Devo collecting data from the entire attack surface and feeding it into the Kognos AI engine.

Bug bounty platform HackerOne announced the acquisition of code-review-as-a-service company PullRequest. HackerOne will use PullRequest technology and code reviewers to expand its offering.

Rimstorm has acquired Elevative Networks. Both companies offer managed IT and cybersecurity services. The deal will help Rimstorm, which provides cybersecurity solutions to government contractors, expand its managed services portfolio.

Turkey-based industrial and financial conglomerate Sabanci Group has signed an agreement to acquire a majority stake in operational technology (OT) cybersecurity company Radiflow for $45 million. Sabanci Group is initially buying a 51% stake in Radiflow, and it plans on fully acquiring the company in 2025.

Norway-based identity solutions provider Signicat has announced buying UK-based Sphonic, which specializes in identity, fraud and AML orchestration technology. The deal helps Signicat expand its capabilities. In the short term, Sphonic will be a separate business entity, named “Sphonic, a Signicat company,” but the plan is to fully integrate it into Signicat.

Cybersecurity company Sophos has bought SOC.OS, a BAE Systems Digital Intelligence spinout that has developed a SaaS tool for automating alert triage for security operations centers (SOCs). Both companies are based in the UK. The deal will enable Sophos to expand its managed threat response (MTR) and extended detection and response (XDR) capabilities.

Electronic design automation powerhouse Synopsys is expanding its reach into the cybersecurity business with the acquisition of application security firm White Hat Security for $330 million in cash. The transaction will allow Synopsys to expand its portfolio and SaaS offerings.

Managed IT, cybersecurity and cloud hosting services provider SysGroup has acquired MSP/MSSP Orchard Computers. Both companies are based in the UK. The deal — the second announced by SysGroup in April 2022 — will help the company boost its service offering.

Utimaco, a cybersecurity and compliance solutions provider with headquarters in Germany and the US, has acquired Celltick, a US-based company that specializes in public warning systems and cell broadcast-based products. The deal will enable Utimaco to expand its offering.